It’s been quite a year in the #LGBTSouth. This photo recap highlights the best of 2015.

Andrea and Becky address the media after a hearing at the 5th Circuit Court of Appeals in New Orleans in January.

Our lawsuit, Campaign for Southern Equality v. Bryant struck down Mississippi’s ban on same-sex marriage and was heard on appeal by the 5th Circuit.

Tori and Shanté were the first couple to marry in Montgomery County, Alabama on February 9th! 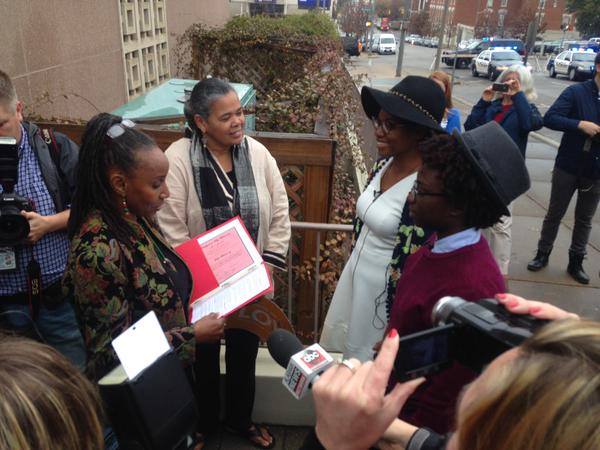 In March, Molly Daniel and April Sanders walked into the Mobile, Alabama Probate Office to request a marriage license and calling for marriage equality across all 67 counties in Alabama.

This was the last WE DO action. 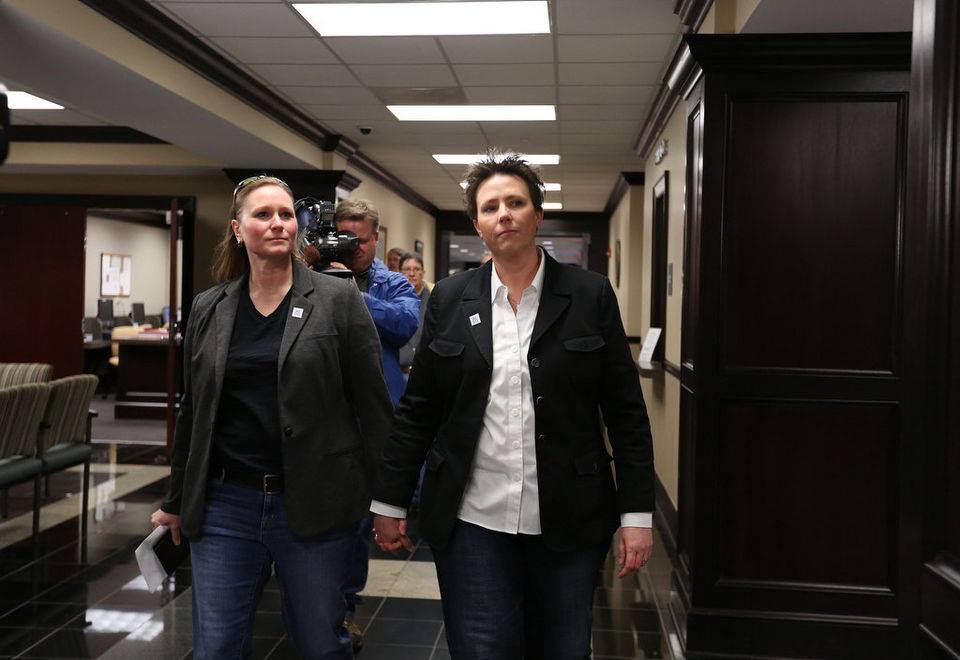 In April, T’Shana McClain, a social work student who interned with us, schedules out workshops for the LGBT* in the South conference at the CSE office.

Laurel Ashton of the NC NCAAP, Crystal Richardson of Equality NC and and Serena Sebring of SONG discuss creating the Moral Mondays movement during a workshop at the conference.

The first round of Southern Equality Fund grantees at the conference!

In April, discussing the upcoming Supreme Court ruling on marriage equality at the University of Tennessee law school in Knoxville with Evan Wolfson of Freedom to Marry.

CSE was certified as a Living Wage employer by Just Economics.

You know what happened on June 26, 2015. Preparing for the celebration in downtown Asheville.

Asheville, North Carolina does, in fact, know how to celebrate a historic Supreme Court ruling.

More than 500 people gathered downtown at 5 p.m. the day of the ruling.

Everyone had their phone out and many selfies were taken. 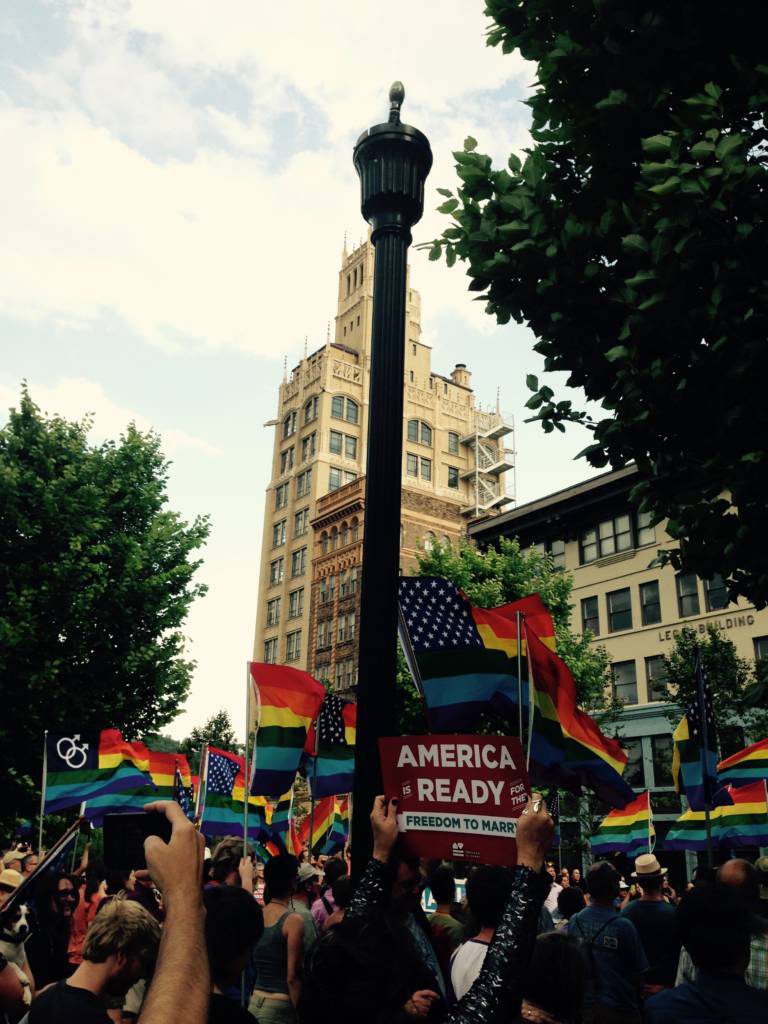 In the days after the ruling, marriages started in the remaining states across the country. Tiffany and Lauren were married in front of the courthouse in Jackson, Mississippi. 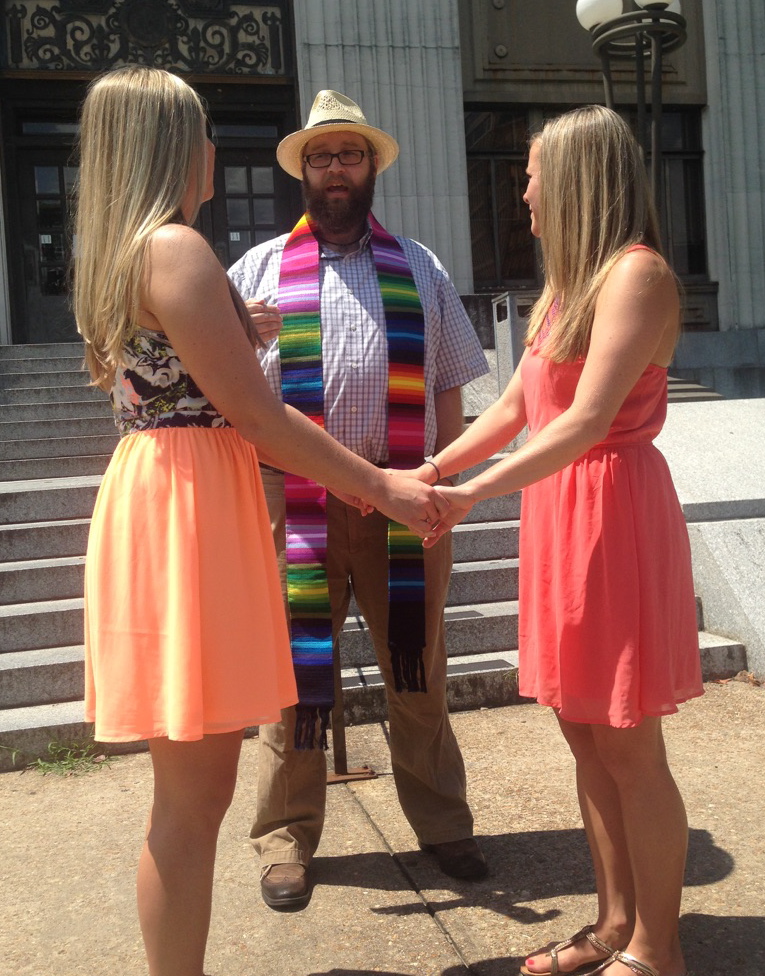 This fall, our good friends Ivy and Misha were married on their farm in Piedmont, South Carolina.

Ivy and Misha help run the Gender Benders, an organization for transgender, gender variant, LGBTQQI individuals, and our allies in the Upstate of South Carolina.

Cari and Kim with their son on a long-awaited adoption day. They live in Mobile, Alabama. 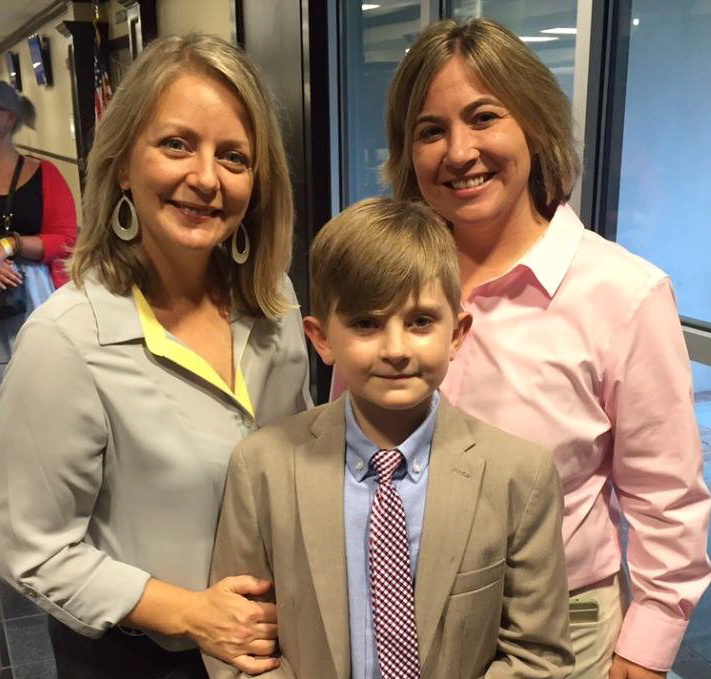 The Supreme Court ruling meant that many LGBT parents now can access legal rights to their kids. 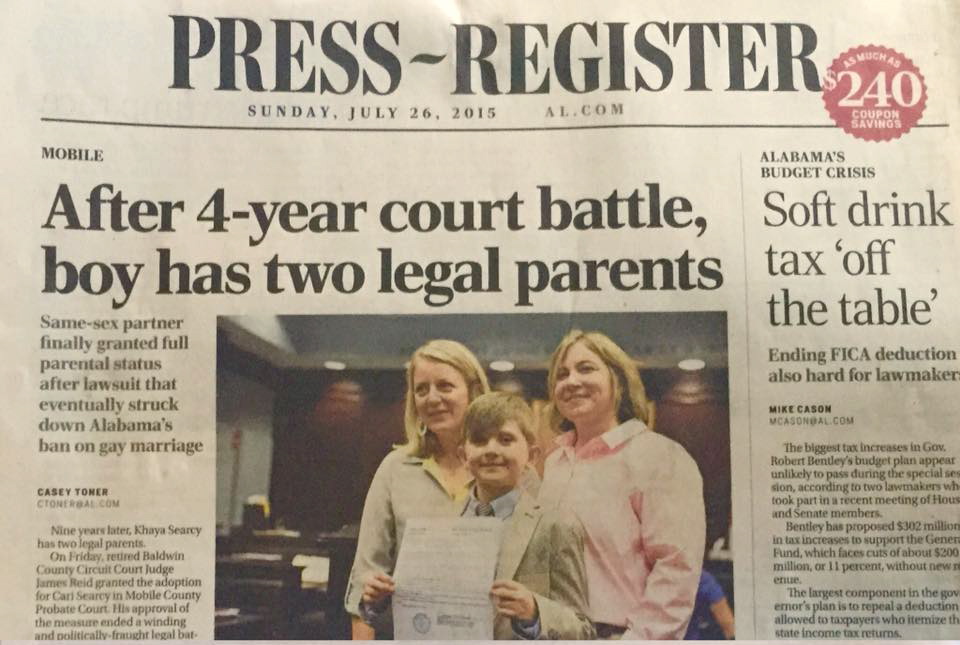 CSE staff attended three day-long trainings during 2015 as part of the program.

Vortex, our favorite donut shop in Asheville, gives us one more reason to love them. 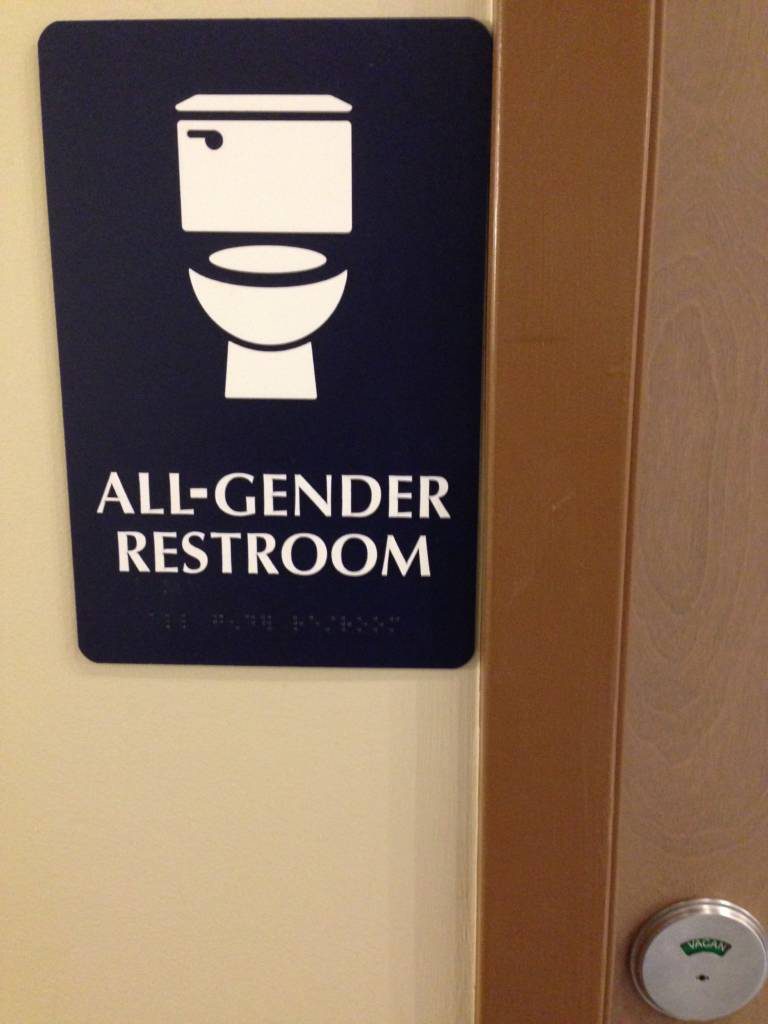 Check out the awesome photo gallery from Deep South Daily. 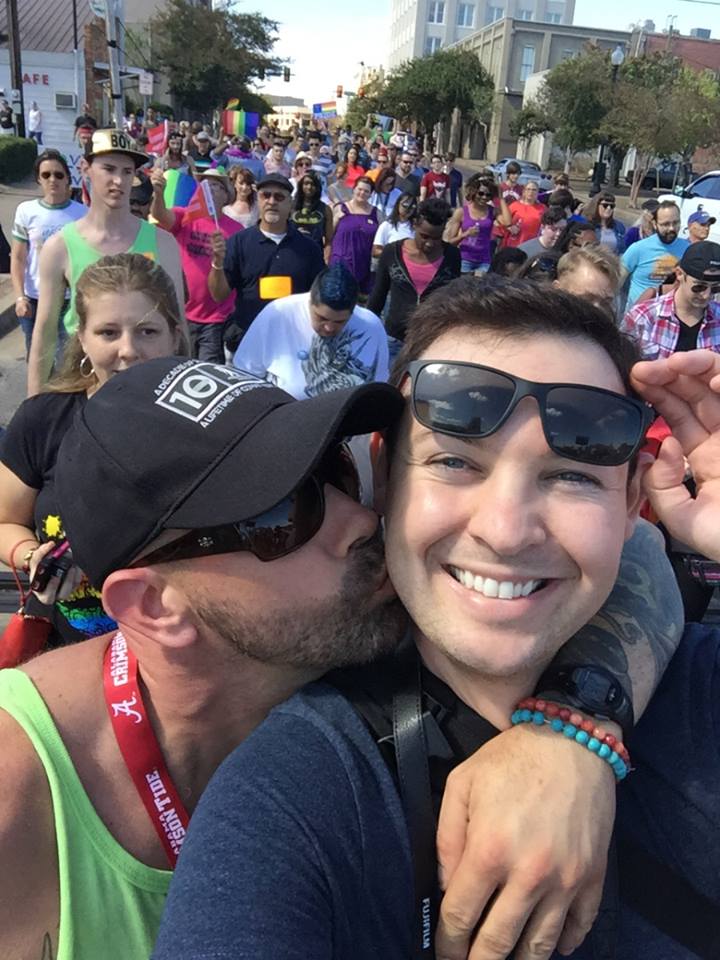 CSE was proud to be part of the team that filed a federal lawsuit challenging Mississippi’s ban on same-sex adoption.

Campaign for Southern Equality v. Mississippi Department of Human Services, was filed in the U.S. District Court for the Southern District of Mississippi on behalf of four same-sex couples: Kari Lunsford and Tinora Sweeten-Lunsford, who are seeking to adopt a child; Brittany Rowell and Jessica Harbuck, also seeking to adopt; Donna Phillips and Janet Smith, parents to a young daughter; and Kathryn Garner and Susan Hrostowski, who have a 15-year-old son.

Before our court hearing on November 6th we hit a fried chicken buffet in Jackson.

Donna and Jan speak with the media. Jan testified during the hearing about being a parent without a legal relationship with her daughter.

Attorney Josh Kaye tells a crowd of supporters about how things went in court at a gathering in Jackson the night of the hearing.

Some of the kiddos were more interested in the thunderstorm outside. 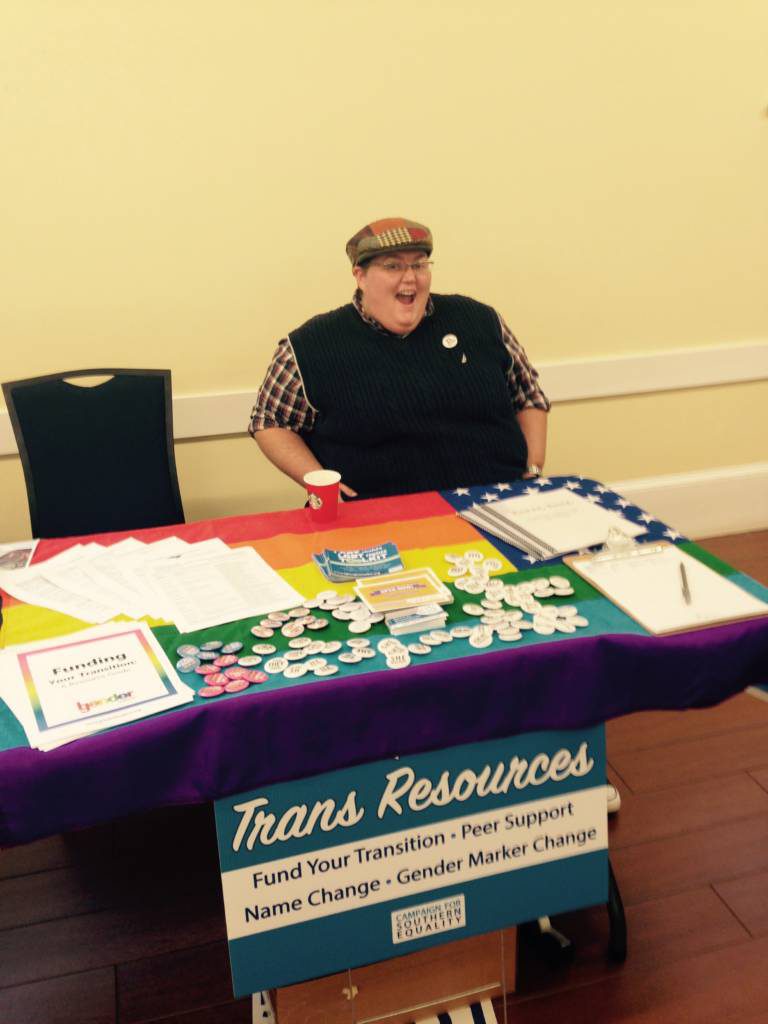 On December 9th, we were part of the team that filed a federal lawsuit challenging Senate Bill 2. Senate Bill 2 is a North Carolina law that allows magistrates who do not believe in marriage equality to renounce their judicial oath to uphold and evenly apply the United States Constitution.

Luke tells the media that SB2 is a straightforward violation of the 1st Amendment. 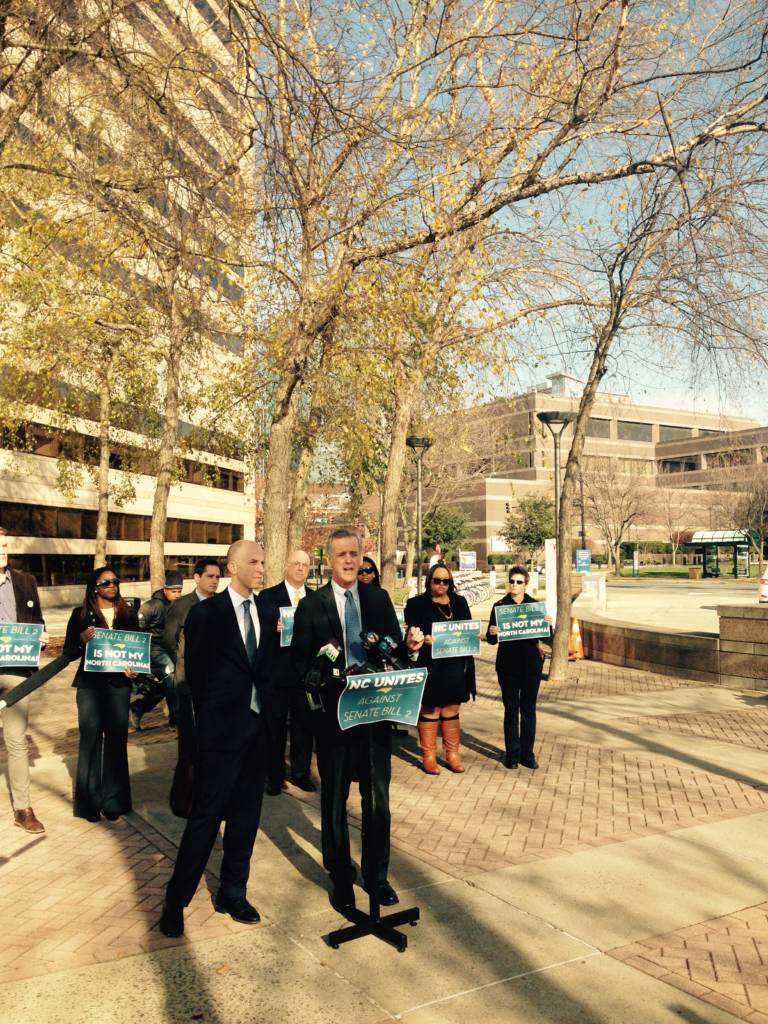 Our team planning for next year. 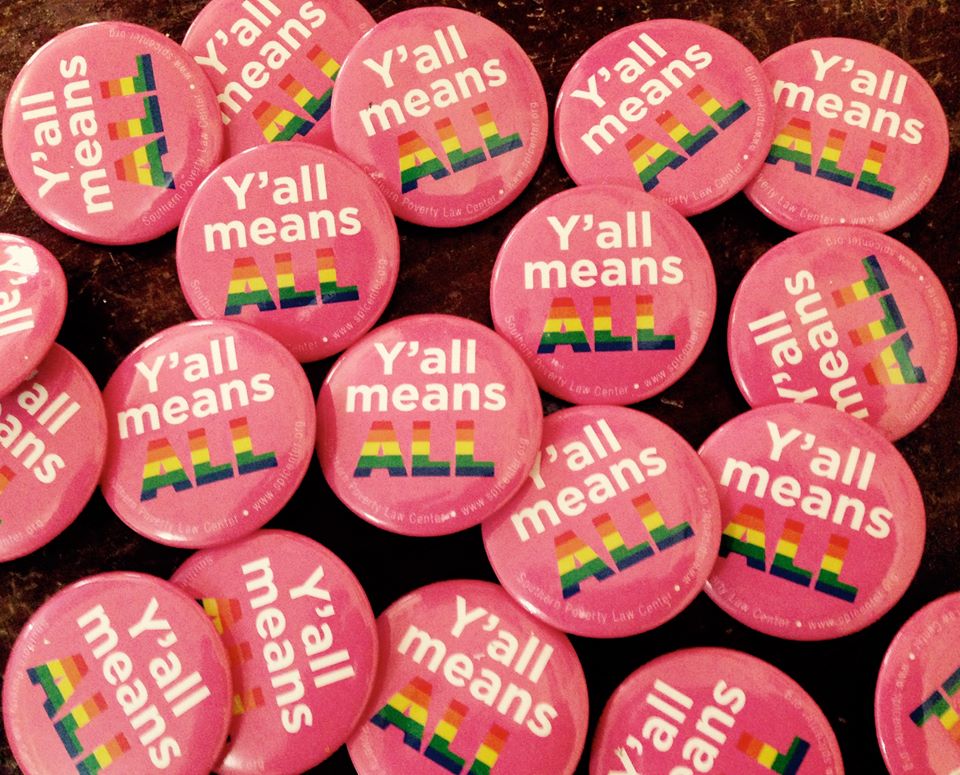