Today lawmakers in the U.S. House of Representatives introduced the Equality Act, federal legislation that would prohibit discrimination based on sexual orientation and gender identity in employment, housing, credit, education, public accommodations, federally funded programs, and jury service. With pro-equality majorities in the House and Senate and a supportive president in the White House, the legislation stands its best chance ever of advancing and becoming law. 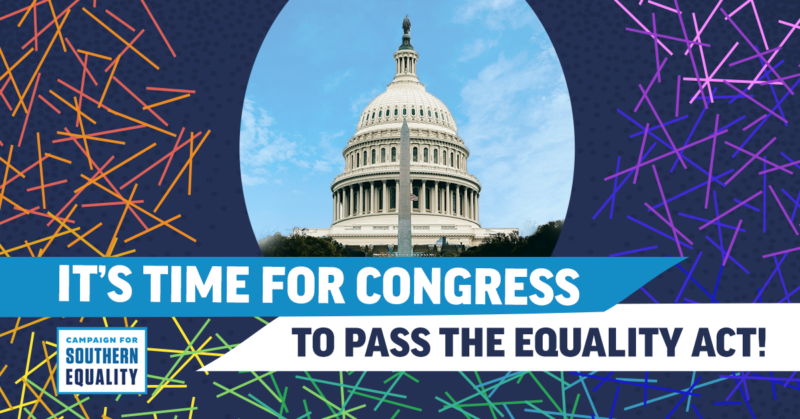 Polling consistently shows that a majority of people in every state in the South support LGBTQ protections. Recent political developments in Southern states illustrate growing support and a burgeoning mandate for federal action:

“For the one-third of LGBTQ Americans who live in the South, passage of the Equality Act is critical. Despite popular support for LGBTQ protections from a majority of Southerners, state legislatures have remained hostile to progress. So we have worked at every level of government to create protections – from local communities passing ordinances, to encouraging executive and administrative actions at the state level, to working to elect pro-equality candidates at the local, state and federal levels. But the urgent problem of anti-LGBTQ discrimination demands a comprehensive – and thus federal – solution, and that solution is the Equality Act. It’s time for the U.S. Congress to get the job done and take this essential step toward ensuring that LGBTQ Americans have the same opportunity to thrive no matter where they live.”

Send a message to your Representative and Senators by clicking here!