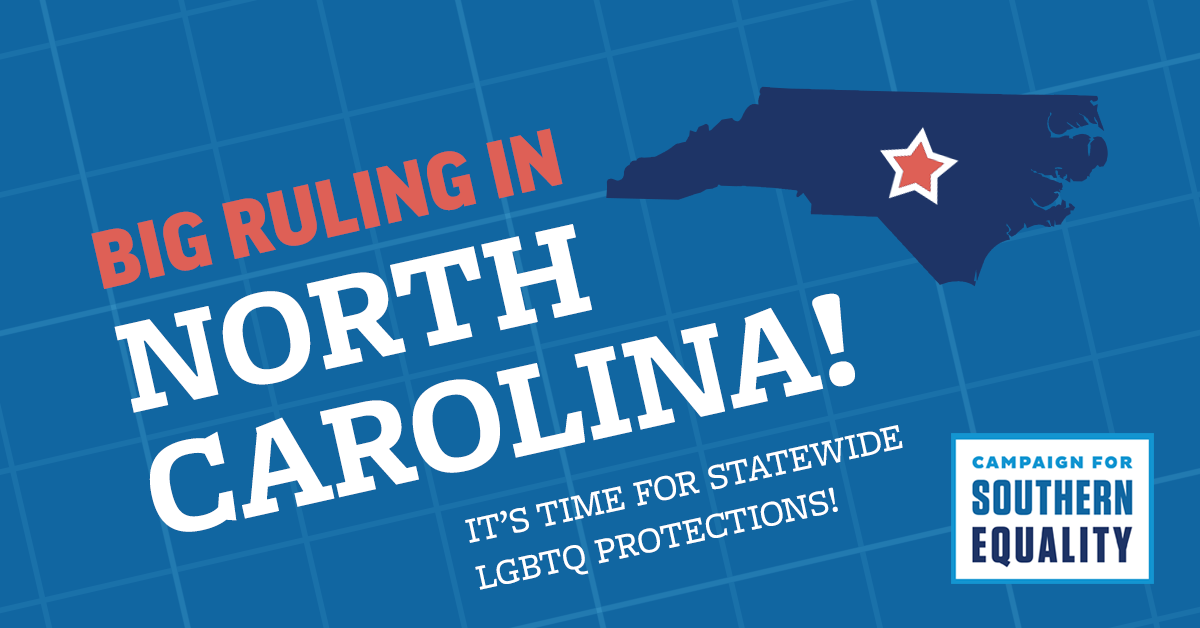 Thank you to Lambda Legal and the ACLU of North Carolina for leading this important case!

“This settlement is a significant step forward for North Carolina in our years-long fight for equality for all LGBTQ people across the state, and we applaud the  brave plaintiff and legal teams at Lambda Legal and the ACLU of North Carolina for their leadership in court. Today, we celebrate a step forward and we’re grateful for every North Carolinian, including so many grassroots leaders, for resisting this oppressive law.

“At the same time, the agreement does not address the other elements of HB142, such as the preemption of municipalities from passing local policies protecting LGBTQ people from discrimination. On top of that, North Carolina lacks statewide nondiscrimination protections for LGBTQ people. We need these protections urgently, as we continue to hear stories of LGBTQ people who face discrimiation at work, while seeking housing, or in the public square. Under HB142, local governments are forbidden from protecting their own residents from discrimination until December 2020, and that’s just not right.

We continue to call for the full and immediate repeal of every provision of HB 142 and we’ll keep fighting for a North Carolina in which people never face discrimination because of who they are or who they love.”

Allison Scott, Director of Policy & Programs for the Campaign for Southern Equality, spoke with WLOS Asheville about the important development.