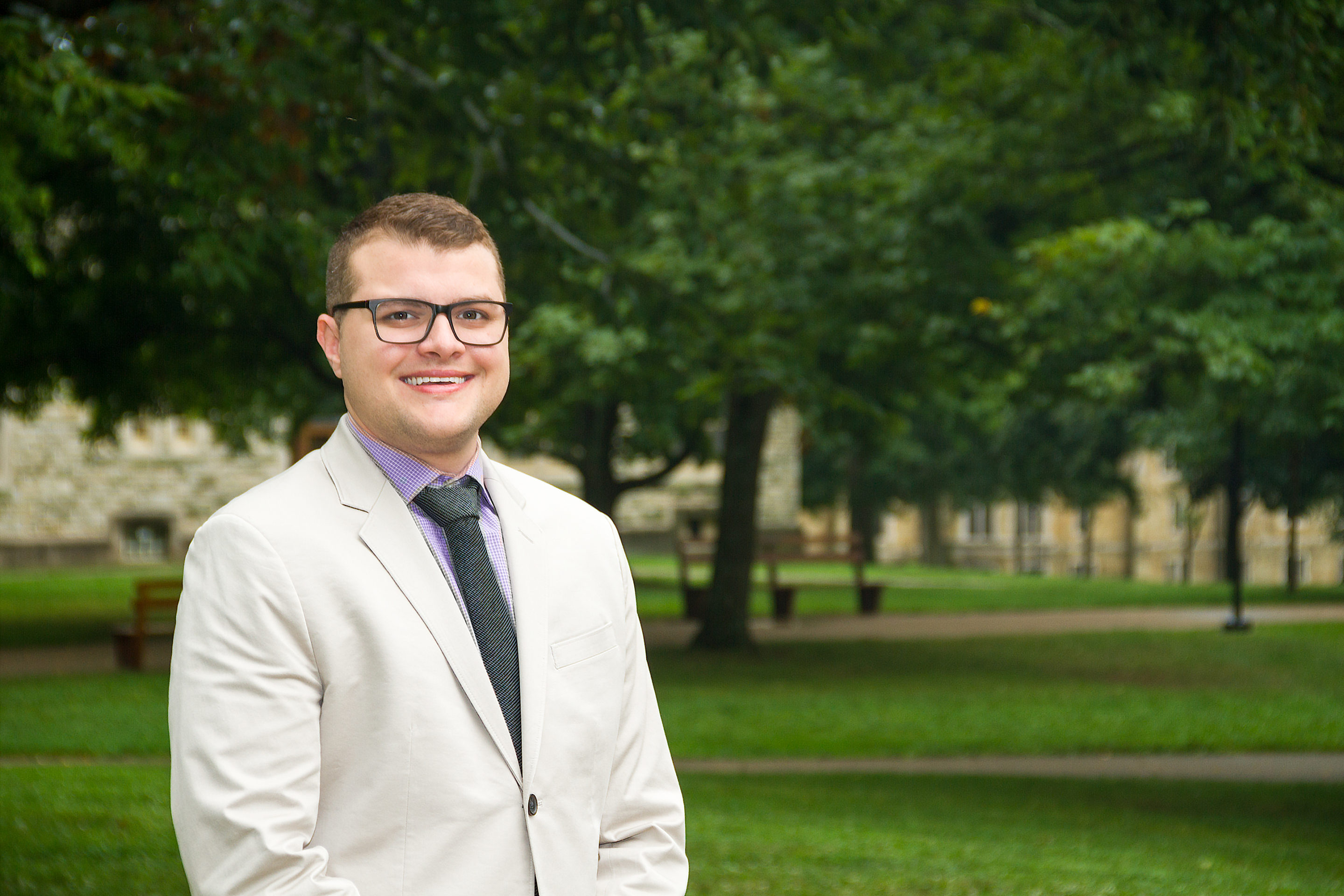 The findings from this research are housed in The Report of the 2018 Southern Trans Health Focus Group Project, published by the Campaign for Southern Equality and Western NC Community Health Services. The report is a part of our collaborative Southern LGBTQ Health Initiative.

As Dr. Johnson listened to trans and nonbinary folks share their experiences, he couldn’t help but compare them to his own – and he found some startling parallels between what the focus group participants shared and his own experience beginning medical transition in 2010 while living in South Carolina.

A Lack of Compassion and Education

For years Austin had been seeing a therapist who helped him grapple with early thoughts that he is transgender. And by 2010, when Austin decided to undergo medical transition, his therapist wrote a letter recommending the step, underlining that Austin was ready and met the requirements for the process. Generating the letter is a difficult process, one that requires lots of self-reflection.

After receiving the letter, Austin needed to find a healthcare provider who would prescribe him testosterone for medical transition. On his first call, he was told no. On the second, no again. He kept calling different providers in the area, more than 20 in total, and they all had the same message for him: “No. We don’t do that kind of medicine.”

Austin felt like he hit a wall and had to return to his therapist to ask for a recommendation for a provider who would help him take this important next step. She gave him the name of a provider, and Austin set up an appointment.

I thought about asking, ‘How are you treating me this way?’ But I realized I could do that or I could swallow it and get the healthcare that I so desperately needed and wanted.”

When Austin was taken into the clinical treatment room, he immediately felt a chill from the clinic staff. He wasn’t asked any questions about his life or his medical history. The staff members largely did not return eye contact. There was an overwhelming sense that the staff was uncomfortable. And as the doctor prescribed Austin the testosterone medication, she said, “I’m doing this because I took an oath.”

“It seemed that the doctor and nurses did not want to touch me or engage with me on a human level at all,” Austin said. “There was no compassion for what I was feeling in that moment, which was a lot of anxiety, a lot of fear. In that moment, I thought about asking, ‘How are you treating me this way?’ But I realized I could do that or I could swallow it and get the healthcare that I so desperately needed and wanted.”

The provider gave Austin the prescription without instructing him on how to use it, which needles to use, where to inject it, how to prepare for the injection, or anything like that. And to make matters worse, when he went to fill the prescription, he was turned away from a few pharmacies who said they did not fill this type of medication.

Finally, with the testosterone in hand and eager to start this next phase of his journey, he realized he didn’t know what to do or how to use the medication. “Do I need to be careful to not hit a vein?,” he thought to himself. “How deep should I be injecting this?”

Remembering how uncomfortable his experience was at the clinic and feeling like he’d receive no direction or help there, Austin turned to the Internet. He searched “transgender man testosterone injection how to” and came across dozens of YouTube videos from transgender people who had faced similarly negative medical experiences marked by a lack of compassion.

“I learned how to do my shot from YouTube – from people whose doctors had provided the minimal amount of care and instruction,” Austin said. “People were largely leaning on each other for this kind of instruction. I really leaned on the trans community to figure out how best to care for myself when my physicians were not caring for me.”

Austin eventually learned how to administer his testosterone shots, but the discomfort he faced in 2010 has stuck with him. And it’s part of why he is passionate about researching LGBTQ people’s experiences with health care, whether it’s through the Southern Trans Health Focus Group Project or at Kenyon College, where he works as an Assistant Professor of Sociology.

From his work with the Focus Group Project, Austin learned that many trans and nonbinary Southerners share similar challenges with regard to healthcare.

“Many times, trans people’s first experience with doctors is calling and saying, ‘Are you willing to treat me?,’” Austin said. “And many times, the answer is no.”

That leaves trans and nonbinary folks who don’t live in areas with a wide range of provider choices in a lurch: Either go without critical care or, at their own expense, travel two or three hours to larger cities to receive care.

“People were largely leaning on each other for this kind of instruction. I really leaned on the trans community to figure out how best to care for myself when my physicians were not caring for me.”

He also found similarities between many providers across the South. “Providers are often experiencing a lack of awareness of what trans means and who trans people are,” he said. “They have a lack of education of how to treat trans people and a lack of imagination of what gender means in 2019 and how trans people’s experiences may not match up with their traditional views of gender. And as a result of all of this, trans people’s care is compromised.”

At the end of the focus group report, we share recommendations for providers on how to be more affirming and welcoming to trans and nonbinary people. One of the easiest changes? Using patients’ correct pronouns and names – even if it means updating intake forms or training staff members on why this is so important.

“This is one of the easiest things that providers and health care practices can change in terms of creating a welcoming environment for their patients,” Austin said. “A lot of folks think that they have to invest in expensive continuing education or a wholesale reform of their practice, but that’s not really true. It’s something as small as respecting the name, the pronoun and the interaction style of trans people. That can go a long way in terms of creating a welcoming environment so that trans people feel comfortable accessing care and feel comfortable seeking care.”

Beyond that, there’s a lot of work to do, and Austin is glad to have been a part of detailing some of these necessary changes in the Focus Group Report. “The stories we heard suggest that the change trans and nonbinary Southerners seek is urgent,” he said. “This report is a call to action.”

Listen to Dr. Johnson on WUNC’s The State of Things