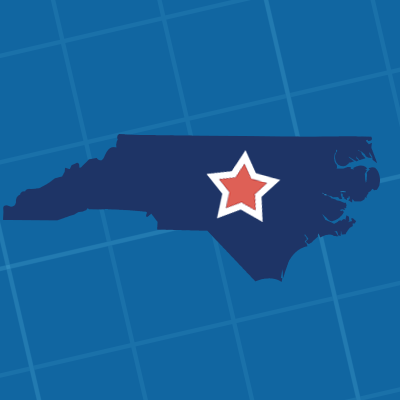 “We condemn Lt. Gov. Mark Robinson’s vitriolic statements dismissing LGBTQ people as “filth,” characterizing transgender people as “demonic,” and his long history of anti-LGBTQ rhetoric. Elected officials have taken an oath to represent all of their constituents – they should not be brazenly disparaging or dehumanizing an entire segment of the community. This week LGBTQ people and our allies have called upon Lt. Gov. Robinson – the second highest ranking elected official in the state – to acknowledge the harm he has caused. In response, he has escalated the situation. He is not fulfilling the duties of his office to serve all North Carolinians and we call on him to resign.”

“Robinson’s comments don’t reflect who we are in North Carolina and where we are on our journey toward dignity and equality for our large and diverse LGBTQ community. An estimated 382,000 LGBTQ people call North Carolina home and live across all 100 counties of our state. Our community is diverse in race, income, educational background, and religious beliefs. In the past year more than a dozen cities and counties have successfully passed nondiscrimination protections for LGBTQ people, protections that a supermajority of the state supports. But despite these steps forward, LGBTQ North Carolinians remain vulnerable to discrimination, harassment, and even violence, illustrated by multiple murders of transgender women of color in the Charlotte area. Dehumanizing comments like Robinson’s fuel and empower these anti-LGBTQ sentiments, and there must be consequences for his actions.”

“We also strongly condemn the racist comments and violent rhetoric that have been directed at Lt. Gov. Robinson. There is no place for racism in our state, and we urge supporters of LGBTQ equality to reject and speak out against racism anywhere that it surfaces.”