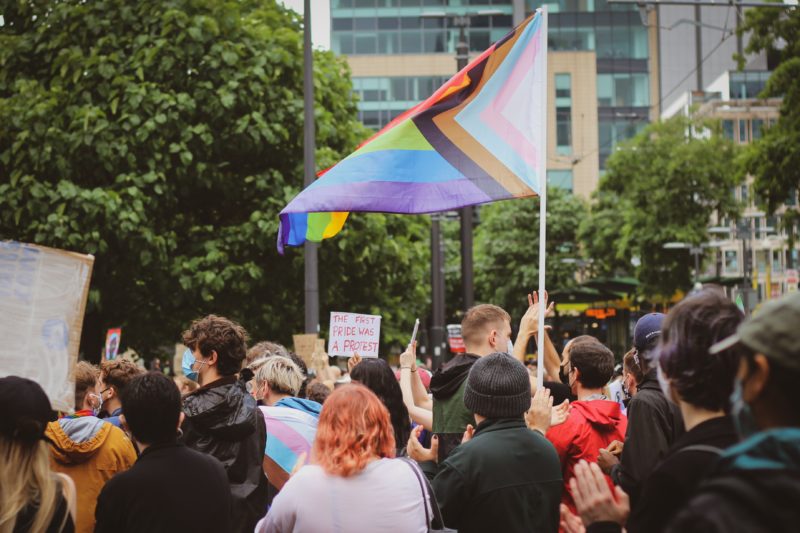 It’s no secret the pandemic has immeasurably impacted communities across the globe: With more than 700,000 Americans dead since the start of the pandemic and a drastic increase in hospitalizations rates, COVID-19 continues to prove a devastating reality for many.

Studies have consistently shown that LGBTQ people and people of color have been disproportionately impacted by the pandemic.

Amid the worsening economic and health crisis, reports have shown that communities of color have been disproportionately impacted, especially in areas like vaccine distribution, due to lack of access, lack of education and misinformation.

According to Mental Health America, LGBTQ youth are more likely to experience symptoms of depression and anxiety than non-LGBTQ+ identifying teens. Additionally, LGBTQ adolescents are more than twice as likely to feel suicidal and over four times as likely to attempt suicide compared to heterosexual youth. For many LGBTQ youth, quarantine has presented subsequent restrictions that have increased their chances of experiencing verbal and physical abuse in unsafe households.

In a recent poll by The Trevor Project, 41% percent of LGBTQ youth stated that COVID-19 has impacted their ability to express their LGBTQ identity. Coupled with the fact that so many face persecution from their peers and family members, the pandemic has also seen an increase in violence of LGBTQ people. In just this year alone, at least 37 transgender or gender noncomformity have been fatally killed. In the year prior, there were 44 reported similar crimes, which made 2020 the deadliest year since 2013.

Despite all that continues to impact LGBTQ people, there have been strides taken to provide aid and resources to those affected by the pandemic. Through grassroots and mutual aid organizations, LGBTQ people are able to find economic, housing and access to additional life saving resources.

If you’re looking to support LGBTQ people in need, here are just a few who are making an impact:

Since the start of the pandemic, the Campaign for Southern Equality has opened up $394,000 in rapid response funding through its COVID-19 Rapid Response Grant Program. The majority of these grants have gone directly to individuals. Grant recipients have been disproportionately people of color and transgender, nonbinary, or gender nonconforming. Learn more about CSE’s COVID-19 Rapid Response Grant Program here.