CSE is on the road! We’re traveling across the South to coordinate focus groups about transgender health as part of our Southern LGBTQ Health Initiative, working alongside amazing partner groups like The Knights and Orchids Society.

We’re sharing stories and reflections as we go. Stay tuned for more updates along the way and add us on Snapchat (@CampSouthEqual) to follow the trip in live time. Thank you so much for all your support that allows us to do this important work! 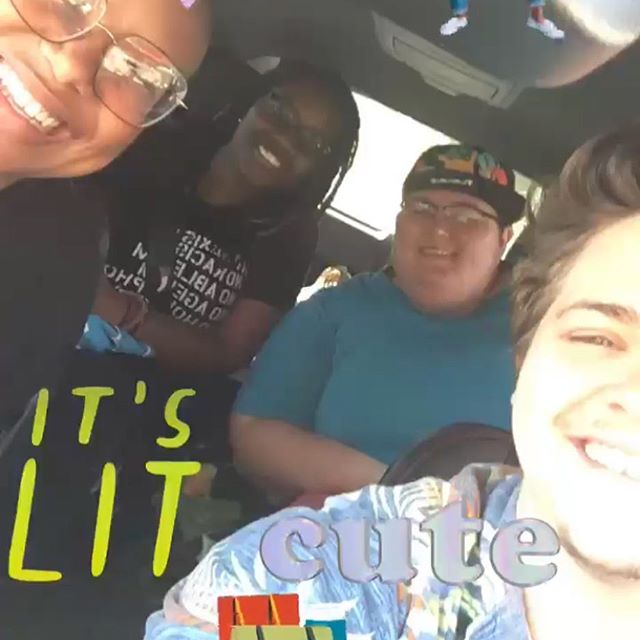 Yes, that’s us, traveling in a big red minivan.

Ivy: It was a breezy sunny morning when Maya pulled up at the Greenville CSE office. The team (Britney Nesbit, Fletcher Page, Maya Avery, and Ivy Gibson-Hill) piled in beautiful red minivan that was soon to be our space for bonding over road snacks, deep conversation, personal stories, and plenty of laughter. We packed up the van, and headed South. This would be the beginning of a trip to connect with Southern Equality Fund grantees, ground ourselves in the history of the places we’re going, and talk to trans folks from Selma, AL and Memphis, TN about their experiences accessing healthcare.

My co-workers and I are going to be group journaling every day of our trip to reflect on what we’ve learned, and amplify the voices and stories of the people we meet, and the amazing work they are doing along the way. Check out some of our reflections from the first day of our trip!

Britney: Right now, we believe it matters more than ever to support advocates, activists and providers on the ground in the South who understand that healthcare is a basic human right. So, yesterday my coworkers and I traveled down from Greenville, SC to Selma, Alabama in preparation to lead our 3rd of 4 trans health focus groups across the South. While the US Trans Health Survey provides us with robust quantitative data about the disparities of 28,000 US trans and gender-nonconforming(GNC) folks face in nearly every sphere of life.

This project is about collecting qualitative data. Qualitative data gives us narratives about how these disparities show up in the day-to-day lives of trans and GNC Southerners. Providing a safe space for these stories to be shared and compiled will educate healthcare providers on inflection points of trauma, and developing systems to create safer, more accessible, adequate health care for trans and GNC people across the South.

This project is a part of the Campaign for Southern Equality’s Southern LGBTQ Health Initiative, a partnership with Western NC Community Health Services to increase access to LGBTQ-friendly primary and HIV care at Southern community health centers. 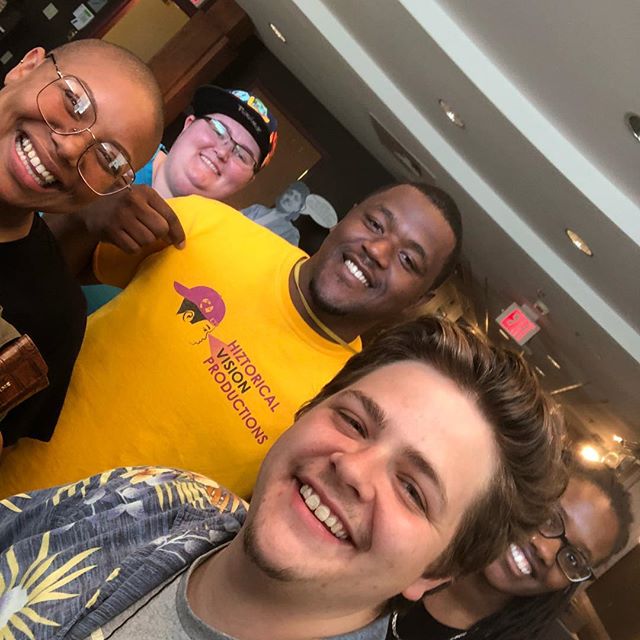 We got a tour of the Tuskegee Legacy Museum from our new friend, Theo.

Maya: The very first day of our road trip brought us to Tuskegee University. As we searched the gorgeous architecture of the campus for the Legacy Museum I was grateful to feel the hot Alabama sun on my skin after a few hours of driving. After knocking on a locked museum door and feeling pretty discouraged we started to walk back to our van. Like an angel, Theo opened the doors to the building and invited us in for a tour. Theo immediately boasted to us with a smooth Southern drawl about the strides Tuskegee has made in the Sciences. He told us about Booker T. Washington’s wives that were integral in creating and maintaining Tuskegee University. He pointed out the original architecture with bricks hand made by the students who attended the historical site, making the University a living museum.

We took an elevator to the second floor of the museum and learned about the 300 participants in the Syphilis experiments. He told us about the horrible experimental abuse that took place during the 40s when penicillin was made available to the public and they did not treat them so that they could discover the 3 phases of syphilis. The doctors watched as they spread it to their spouses and children. Although I’ve heard the story, it was difficult to hear the horrific details. The part that was the most heartbreaking was that the counties surrounding Macon County were in on the abuse and had a list the participants. So if folks with syphilis came to get treatment they would turn them away!

We continued to learn about how Henrietta Lacks’ immortal cells were stolen from her and then shipped all around the world to make great strides in the medical field. That had me thinking about who gets to own their bodies, down to the cells and who gets to profit. The world is still benefiting greatly from discoveries made during the torture and abuse of enslaved and oppressed black and indigenous people in the United States. As a queer, black woman, I know that lack of ownership of my body all too well.  I know that as we speak the trans focus group participants in these predominantly black areas that when they walk into a healthcare facility that they not only have to deal with the trauma and discrimination that occurs while being a black person but they also are experiencing the trauma that trans folks endure in their bodies when seeking supposedly safe medical treatment. That tour was a timely reminder that in a moment where we believe we have reached freedom in so many ways that black folks, especially if they are queer and trans, will never be free unless we are paid back tenfold for the generational abuse that affects us to this day. 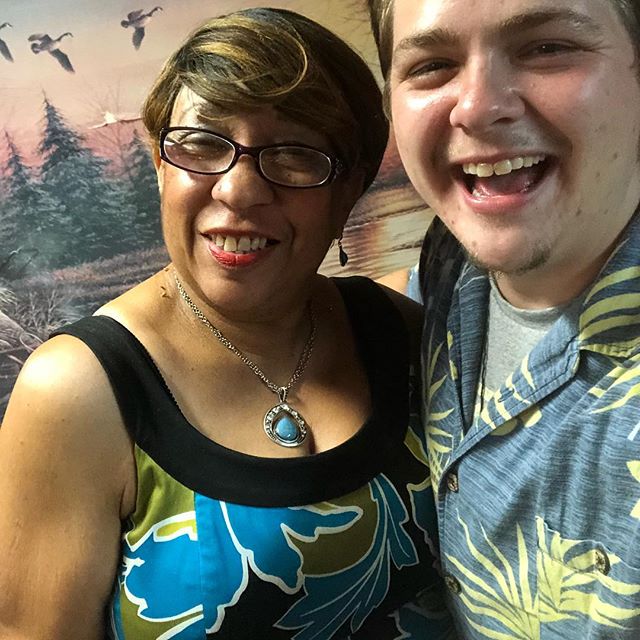 Making friends and learning from our elders at Lannie’s BBQ Spot.

Fletcher: We have traveled across the South and across the country connecting with folks, queer and straight, trans and cis, allies and not, and everything in between. And people will never cease to amaze me. In all of this travel, I’ve learned how to pretty quickly spot if someone is going to be LGBTQ friendly or not.

On our first night in Selma, we ate at Lannie’s BBQ Spot. We ordered our food to go and waited, and while we did a woman asked me what brought us to Selma. I told her we were here to conduct some research about healthcare for transgender people here in Selma. Now normally, I probably wouldn’t be so explicit with a stranger about what we were doing, but like I mentioned before, I can usually tell if someone is going to be LGBTQ friendly or not, and I had a good sense about this woman.

She paused for a moment after I told her what we were doing, processing what I’d said. Then she said, “I am sure there is a great need for that. I’m glad you all are here.” I thanked her for her nice words, and then she said this: “Don’t believe everything you hear about the people in here. We aren’t all bad.”


At first, I didn’t think much of this. I told her I was happy to have met her, and we continued to talk for another 15 minutes or so. I learned a lot about my new friend Ms Betty in those 15 minutes – we even became Facebook friends! But what sticks out to me most is that there are stereotypes about people from the South – from the Deep South particularly, about our beliefs and our convictions, the ways we behave, our levels of intelligence…the list goes on. But what people fail to remember is that while the South has always been the breeding ground for oppressive legislation, it also the birthplace of change, progress, and resistance.


The grassroots work happening in towns all across the South – work that often happens under the radar – is unbelievably important. Today and everyday, Campaign for Southern Equality is proud to stand with grassroots leaders. The people on the ground, the people at their Town Hall meetings holding their elected officials accountable, the people helping their communities figure out how to thrive – those people are changing this country.