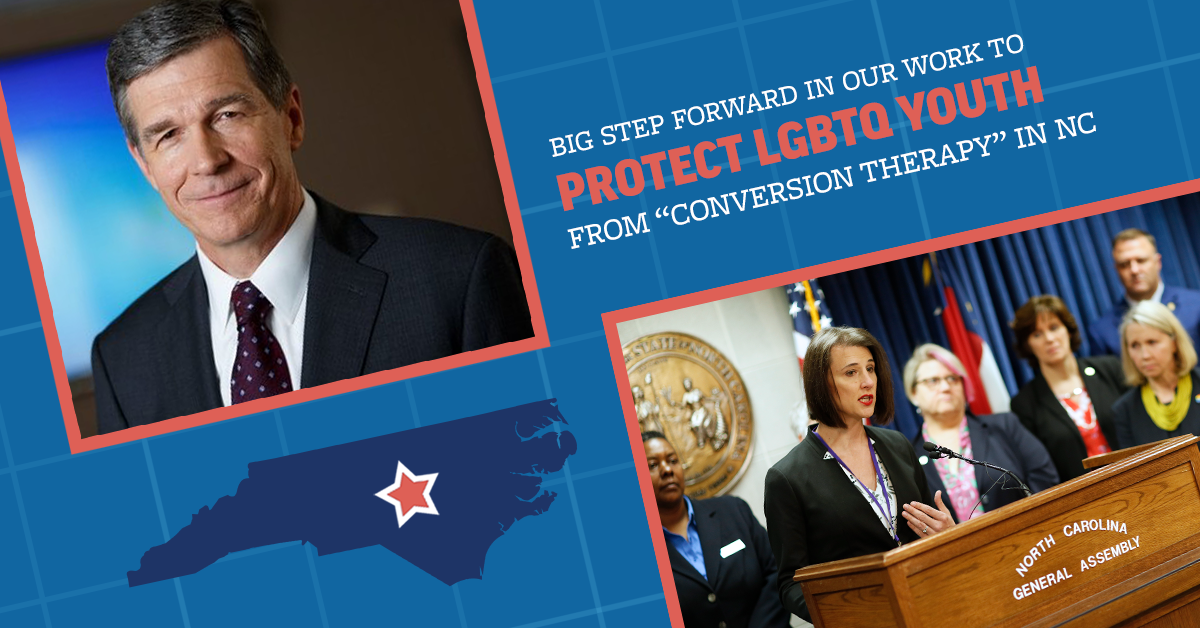 This executive action makes North Carolina the first Southern state to establish a state-level policy to protect minors from anti-LGBTQ “conversion therapy,” a dangerous practice through which licensed mental health providers attempt to change a person’s sexual orientation or gender identity. Techniques can range from extreme electroshock treatments or institutionalization to “counseling” services based on pseudoscience.

In March, Equality NC and the Campaign for Southern Equality launched a joint statewide campaign to end conversion therapy in North Carolina, including through the passage of the Mental Health Protection Act (HB516/SB426). This legislation was proposed in March 2019 to protect minors in NC from the discredited practice. The campaign built historic momentum for the bill’s passage, including being sponsored by 35 legislators; a robust coalition of more than 65 organizations, clergy members, and mental health agencies; press attention from dozens of outlets; and engagement from hundreds working to protect youth from “conversion therapy.” 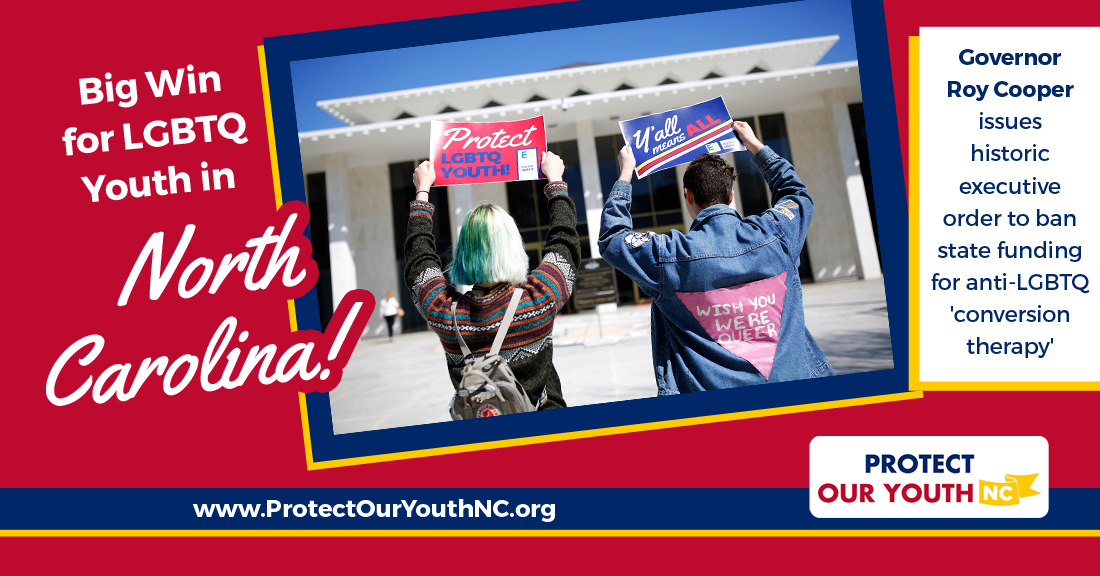 “This year our campaign ignited a conversation among North Carolinians about the importance of protecting our kids from ‘conversion therapy.’ It’s gratifying to see Governor Cooper take this critical step in the right direction. No child should be told that they must change their sexual orientation or gender identity; we’re grateful that Gov. Cooper agrees. We are committed to ending this debunked practice and will work for statewide protections.”

Allison Scott, Director of Policy & Programs at the Campaign for Southern Equality added:

“Governor Cooper’s order will create a safer North Carolina for LGBTQ youth. Young LGBTQ people who endure ‘conversion therapy’ are at an immensely higher risk for depression and suicide than those whose identities are affirmed, a primary reason that we must do all we can to end this dangerous pseudoscience. As we continue our campaign to end conversion therapy once and for all, we’re looking forward to working across North Carolina to share a message of love and affirmation. We have the momentum, and now it’s time to amplify the voices of North Carolinians everywhere who are taking action to protect our youth.”

In the months ahead, Protect Our Youth NC will amplify stories of LGBTQ young people, family members of LGBTQ people, faith leaders, mental health professionals, educators, and more who support protecting youth from conversion therapy. This storytelling effort will help educate decision-makers across the state and advocate for lawmakers to pass statewide legislation that definitively and expansively protects minors from “conversion therapy.”

Eighteen U.S. states, Puerto Rico, and the District of Columbia have banned conversion therapy through state-level legislation. Governors in Utah, New York and Puerto Rico have taken executive action on the issue.

There’s lots of work to do to pass a statewide law that bans ‘conversion therapy’ – and we need your help to fuel that work. Can you join us in celebrating today’s big victory and support this work moving forward? Click here to donate, and every dollar will go toward growing and expanding efforts to protect NC kids from the harms of “conversion therapy.”