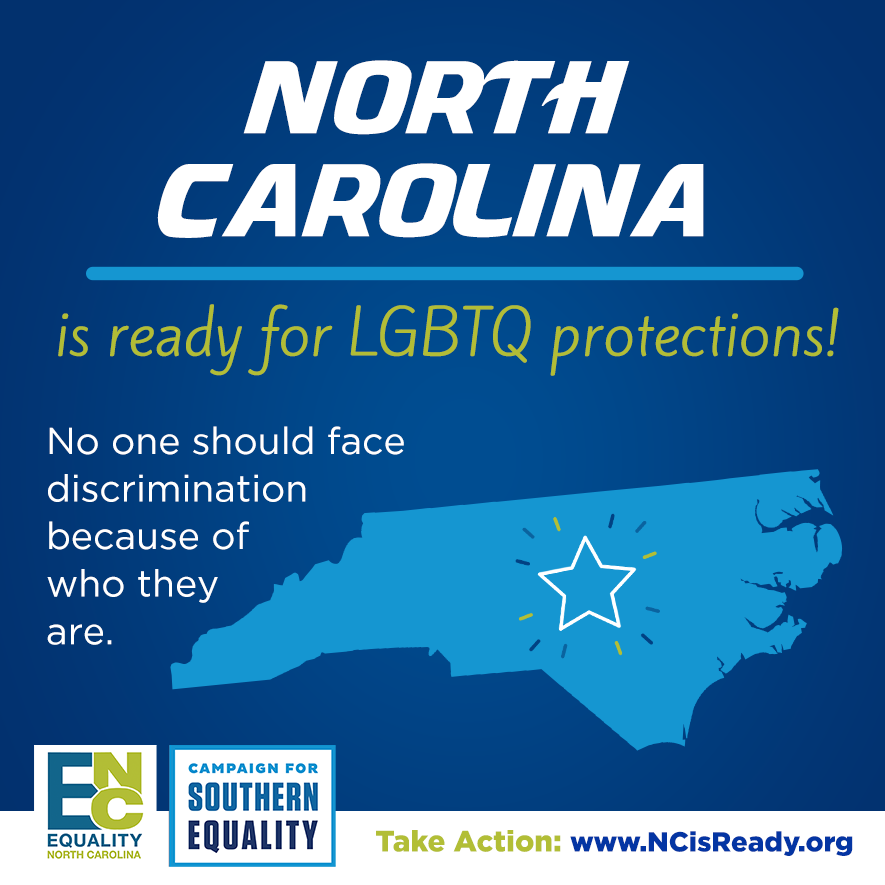 To mark the sunset of this prong of HB142, Equality NC & the Campaign for Southern Equality have launched NC is Ready for LGBTQ Protections (www.ncisready.org), a digital platform  through which North Carolinians can easily contact their elected leaders and voice their strong support for nondiscrimination.

Tonight, the organizations will host a virtual community town hall event. Following the town hall, from 7:30-8:00pm ET, leaders from ENC and CSE will be available for questions from press. Reporters can click here to RSVP for the media availability.

“For too long, LGBTQ North Carolinians have lived under the shadow of HB2 and HB142 – but we’ve lived without comprehensive nondiscrimination protections for far longer. With this section of HB142 finally gone, North Carolina’s cities can once again protect their LGBTQ constituents in every arena of their lives from housing to healthcare to public accommodations. These legislative protections will prove to be a seminal step towards full lived equality for LGBTQ folks under the eyes of the law.”

“As a transgender woman and lifelong North Carolinian, I know that folks across our state have been waiting for this day since the moment HB142 passed. I’m relieved that we’ve dismantled this barrier to equality, and now, we can continue to push forward by passing local LGBTQ protections, advocating for full repeal of discriminatory laws, and calling on state and federal lawmakers to pass LGBTQ protections. Today, we can finally begin writing a new chapter for LGBTQ North Carolinians, one where no one is left vulnerable to discrimination based on who they are or who they love.”