Today the Campaign for Southern Equality (CSE) and Western North Carolina Community Health Services (WNCCHS) released a new report about LGBTQ health in North Carolina, as a supplement to The Report of the 2019 Southern LGBTQ Health Survey. 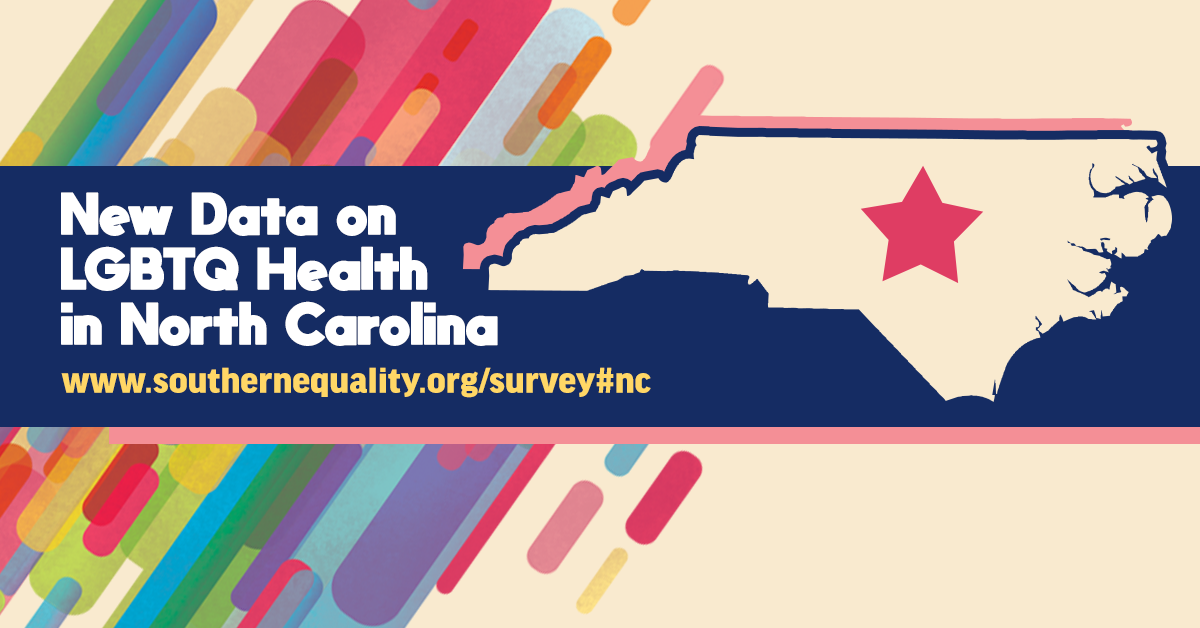 The release also comes as elected officials and advocates across North Carolina are working to pass LGBTQ-inclusive nondiscrimination protections at the local level. On Monday night, the City Council of Charlotte, the largest city in North Carolina, cast a unanimous bipartisan vote in favor of the ordinance. Ten local governments in total have passed similar ordinances in 2021.

North Carolina is home to more than 382,000 LGBTQ adults and key findings of this North Carolina supplement – which you can read here – include:

Dr. Abigail Bowen, Research & Policy Manager at the Campaign for Southern Equality, said: “These statistics about the LGBTQ community in North Carolina are a call to action and provide a diagnostic about the many ways that we can improve the health and healthcare experiences of LGBTQ people in North Carolina, especially LGBTQ people who are Black or transgender. These data underline an urgent and clear need for health care providers, advocates, and policy makers to work toward a shared vision of a North Carolina where LGBTQ people can access quality care and are also equal under the law.”

“It is up to us as medical providers and healthcare institutions to step up and do better for all of our patients – and that includes recognizing the unique needs and challenges that marginalized populations, including those in the LGBTQ community, experience. This report is a step toward understanding and a signal to everyone in the NC medical community that it’s time to recommit our efforts to lowering barriers to care for LGBTQ people.”

The authors of the 2019 Southern LGBTQ Health Survey Report – as well as a range of health care providers and LGBTQ people in North  Carolina open to sharing their health care experiences – are available for interviews.

Access the North Carolina state supplement for the Southern LGBTQ Health Survey – as well as the full report and executive summary in English and Spanish at www.southernequality.org/Survey#NC.