While recent legislative moves against LGBTQ+ young people in the South and especially in the state of Alabama have been alarming and heart-breaking, the Magic City Acceptance Center (MCAC) in Birmingham, AL isn’t allowing these setbacks a chance to make queer youth forget their power. Even though these defeats may feel overwhelming at times, there is still enormous importance in working to address ignorance and misunderstandings about the LGBTQ+ community, especially in private settings. MCAC works to do this in a multitude of ways, namely through their Cultural Humility Workshops in which they aim to train families of LGBTQ+ youth and foster understanding and help them learn to care for the youth in the best way possible.

MCAC recently partnered with CSE in giving out “Back-to-School” care packages to queer youth in the Birmingham Area that contained school supplies, notes of support and reading materials to help them navigate attending school during such an unprecedented time. We asked a few questions to MCAC’s Lauren Jacobs and Amanda Keller to hear a bit more about their organization and what they’re doing to help accommodate LGBTQ+ youth in a time when many feel lost and unsupported. 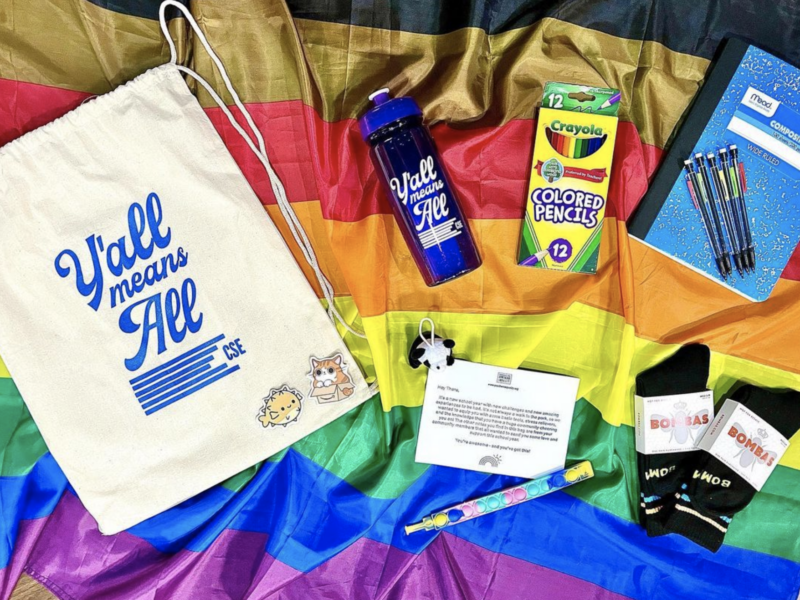 Lauren Jacobs: That’s a big question but it’s what we talk about all day every day. Something we’ve been talking about a lot in this particular moment is that we get invited to do professional trainings for different organizations around LGBTQ+ inclusion. It is so important that we both are supportive and feel supported in our workspaces and shared spaces, but one thing we’ve been highlighting is that it is also very important for people to be having these conversations at home.

It sounds obvious and simple but we really need people to be addressing transphobia and homophobia in their private spaces. It is disappointing (but not surprising) to see the quantity of people who are not willing to listen to trans youth and do not care to hear their opinions, and these are the same people putting up barriers preventing trans youth from participating in the conversations about their own healthcare and futures. If people are able to work towards breaking down these barriers in their personal lives and day-to-day shared spaces it positively impacts our visibility in a real, tangible way.

LJ: For us, we’ve had to be very intentional and remind ourselves to focus on the areas where we have control. The legislative side of things feels quite out of control as of late, even as we are raising the alarm and are in coalitions with other organizations who care about this work (not to understate the importance of these coalitions, which are essential to our collective work). An important way to protect our youth is to support them in advocacy that feels closer to home and further from the state house. For example, we do this by helping them construct safe spaces within their schools, whether it’s through a GSA or fostering relationships with teachers who are supportive, and we focus back on those foundational and fundamental pieces of advocacy rather than always focusing on the losses that we’re experiencing at the state house. These legislative defeats have obviously been depressing and have had a detrimental effect on the mental health of the youth in our community, but it is important for them and us to remember that our and their advocacy is making a huge difference locally. 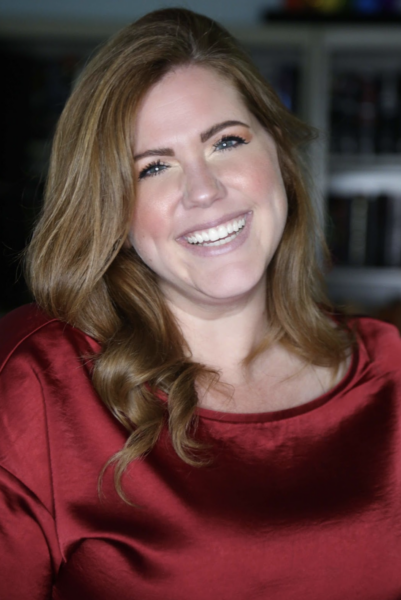 AMANDA KELLER: A lot of our focus and success has been on supporting our youth and sharing or not sharing their voices in whatever ways have felt best for them. Obviously we would like for folks to stop creating horrific legislation; that would be the best answer to all of this but we don’t see there being an end to that in the near future. To Lauren’s point, we are focusing on our wins, where we can support people, and where we can have any kind of change.

Sometimes that looks like just providing the most radically inclusive support that we can to the people directly impacted. We can’t protect them from legislation and we can’t protect them from horrific bigoted adults but we can create a safe space where they can continue to be themselves despite everything that’s happening. Sometimes that’s the most we can do, and fortunately, it makes a huge difference for folks.

“We can’t protect [all of your youth] from legislation and we can’t protect them from horrific, bigoted adults – but we can create a safe space where they can continue to be themselves despite everything that’s happening. Sometimes that’s the most we can do, and fortunately, it makes a huge difference for folks.” – Amanda Keller

LJ: That’s a harder question at the moment; I know that’s something that’s been challenging for everybody, particularly at the time that we’re in. Obviously the pandemic made things a lot more difficult for a lot of people, and if you’re engaged in any kind of social justice movement at all, it can be exhausting at times. However, I think there’s been a lot of positive movement within our community in terms of refocusing on rest and elevating resources around our own self care. Those resources are there for a lot of people but it’s largely an act of cultural change to allow people to feel encouraged and supported in using those resources.

AK: I think for us it’s been really hard to have that boundary being some of the few professional organizers entirely dedicated to doing this work. It feels overwhelming, exhausting, and never-ending at times so it can definitely be challenging to figure out how to support ourselves when there is so much work to be done. I think the one thing we can really focus on is protecting our time and energy to the best of our abilities, so I personally have focused on making sure that we are working no more than 40 hours a week at most. People often extend invitations to us to attend different events or provide programming, and as much as we want to be available we recognize that we’re just two people doing this work at the Center specifically and sometimes that means weighing our options and figuring out where we are most needed or how we can best spend our time so that we are able to continue to show up to the best of our abilities. Essentially, right now it’s largely about trying not to work too much all the time.
CSE: How have you seen parents, guardians and family members of LGBTQ+ youth change throughout attending your Cultural Humility Workshops?

LJ: We joke sometimes that they are just workshops on how not to be a jerk because they are foundational inclusion workshops. They are foundational in terms of coming to the conversation humbly and it’s been really cool to watch people think they need to come in to learn everything they possibly can and later realize that that’s not the point. The point isn’t to be able to rattle off a bunch of LGBTQ+ terminology and definitions. The point is to create spaces for people to be fully and authentically themselves and not create barriers. It’s been transformative to watch people start to understand that that’s actually the work of being an ally. We’re not coming in to quiz you on the difference between genderfluid and genderflux, we’re talking about what you can practically do in your language, space, environment, and policy to be more inclusive. People are mostly on board for that; even people who may not have realized they were on board for it until we begin that conversation. For parents, it’s been good to give them a space to “mess up”, even if it sounds weird saying it. It’s a space for them to ask questions that are messy and maybe not worded the way they would like them to be, but that are honest, and when parents are showing up in this space it’s because they genuinely want to support their kid(s). I think in general there aren’t very many opportunities for parents like this so the fact that we get to hold these workshops can feel a bit messy and real, but also really cool.

One last thing I would highlight is that we have a physical location in Birmingham, but like many other places, we’ve moved a lot of our services online since the start of the pandemic and as a result, youth are able to connect with us from anywhere in the state of Alabama. They really are connecting with us from everywhere in the state. At the moment we’ve got about 48 counties where youth are popping in from to attend our online programs and it’s important for youth and families to know that we are accessible to anyone anywhere in the state.