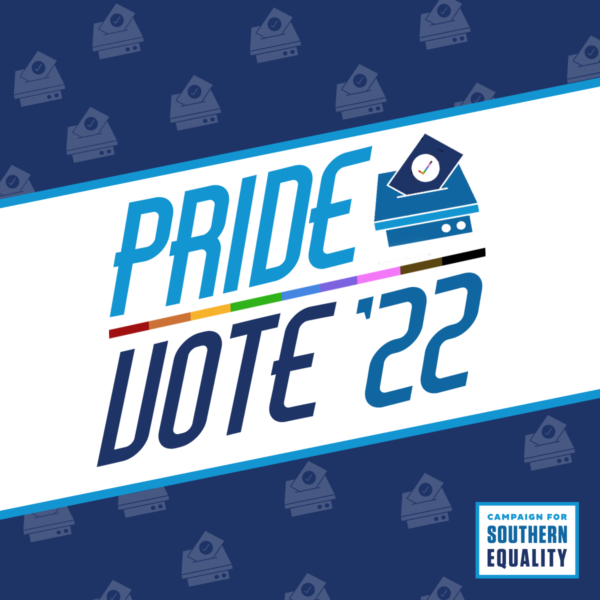 In less than 24 hours, the final ballots will be cast all over the country. It is our job as LGBTQ Southerners to ensure we become an unstoppable force and transform our political landscape – one action at a time, including elections .

Tomorrow is your chance to make your voice heard in this year’s midterm election. Please confirm your polling place here.

Throughout this #PrideVote22, it’s been incredibly inspiring to witness the ways that LGBTQ people in the South have organized their power to the polls – and beyond. Some important truths to keep in mind:

We must exercise our right to vote, select candidates who will stand up for us in state legislatures and at the federal level, and fight to eradicate anti-LGBTQ bias in our laws and policies. In many states throughout the region, lawmakers have specifically targeted LGBTQ youth, limiting their access to social support, healthcare, education, and recreation. We have the numbers to make an impact this midterm election.

With Election Day hours away, let’s bring our political power to its fullest potential. We ask that you check on your friends, family, and neighbors and encourage them to get out and vote. When we build power with our communities in mind, we make sure we take a step closer towards full lived and legal equality.

Share this link with your community and let’s bring our people to the polls.