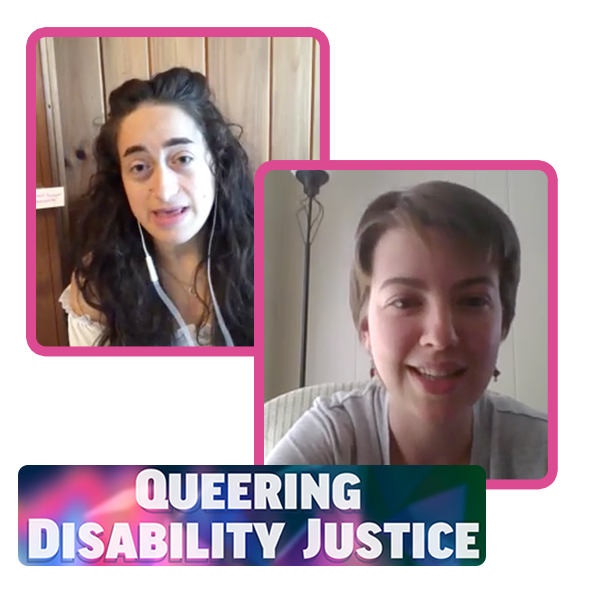 In this second video in the series, CSE’s Emily Fox interviews Rhóna Ramsey, who is based in Asheville, NC. Rhóna shares the story of her disabilities – including living with Wolf-Hirschhorn and an Atrioventricular Septal Defect.

“It’s really important that our community can slow down and really acknowledge the people who have disabilities just in an everyday life,” Rhóna said. “If someone needs a little bit of extra help in something, slow down – even if you can’t see the disability. Just being that generous in life is respectful and acknowledging to people as people. People want to be acknowledged, people want to be respected. And I think taking that extra time is really important.”

Emily also shared her own history of neuro Lyme disease and diet restrictions. In the conversation, Emily and Rhóna discuss their histories and how they show up differently.