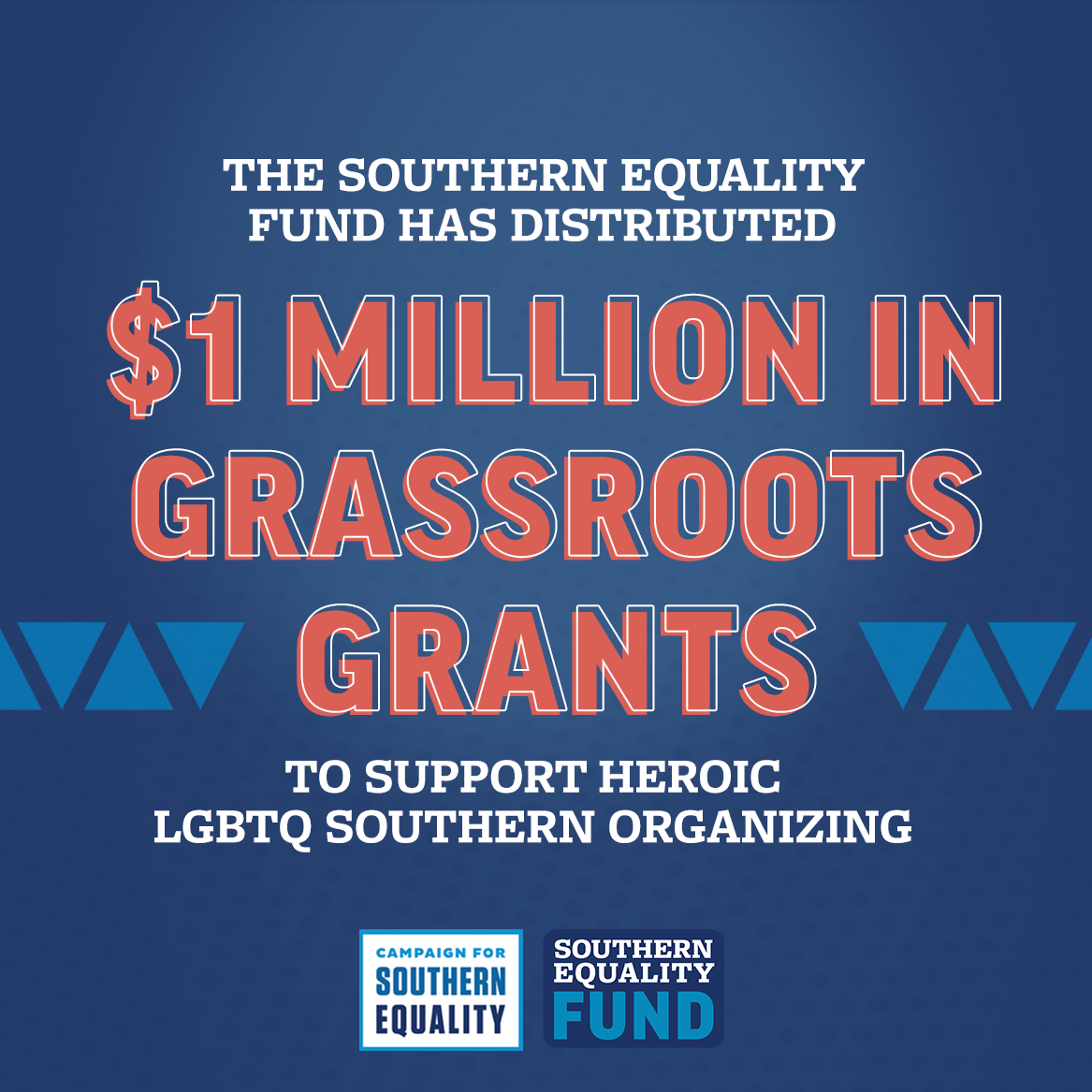 It’s been more than seven years since our team at the Campaign for Southern Equality dreamed up the Southern Equality Fund – a grassroots grantmaking program dedicated to providing funding and training to leaders doing heroic organizing in their communities. It wasn’t the most obvious thing for us to do as a start up still trying to find our own footing – but it was urgently clear that we needed to do everything we could to create a pipeline of resources to support work in small towns and rural communities across the South.

We provided our first four grants in 2015, totaling $1,000. We knew that for many organizers, a few hundred dollars could be the difference between an idea becoming a reality or not. But we also knew the needs and opportunities on the ground were much greater than that. So we kept pushing.

Just a few weeks ago, we surpassed the $1 million mark of grants distributed through our Southern Equality Fund. This is only possible because folks like you have dug deep again and again to support our work.

So it’s been pretty exciting and inspiring to reflect on the impact that this CSE program has had on the LGBTQ community in the South. This $1 million has supported:

Behind each of these examples are the stories of incredible organizers and community leaders whom we are inspired to work alongside in the growing movement to create a South where all of us can be who we are and love who we love.

Please support our 2023 grassroots grantmaking by making a donation to the Campaign for Southern Equality today. Click here to donate $100, $50, or whatever you can.

Our team is proud of the ways that the Southern Equality Fund has moved financial resources to grassroots LGBTQ organizers and a wide range of LGBTQ people and families all across the South. And with that funding, we’ve provided trainings, networking opportunities, and coaching relationships to build LGBTQ power in the South.

The Southern Equality Fund was launched on the belief that organizers on the frontlines of the Southern LGBTQ movement can transform their hometowns and our region – but they need the funding and support to do so. That belief will carry us forward through 2023, when we’ll keep providing funding and support to organizers and advocates committed to advancing LGBTQ equality wherever they live.

Can you help us celebrate passing the $1 million mark in Southern Equality Fund grants by making a donation of $100, $50, or whatever you’re able? Your support will make an immediate impact by supporting organizers across the South in 2023.