Dozens of “friend-of-the-court” briefs were submitted to the U.S. Supreme Court in support of ending anti-LGBTQ discrimination in the workplace in July 2019 – and one of the briefs in particular shines a light on the unique stories of transgender people who have experienced employment discrimination. The brief was prepared by the Transgender Law Center and the Center for Constitutional Rights, alongside 44 other organizations that advocate on behalf of transgender people, including the Campaign for Southern Equality. 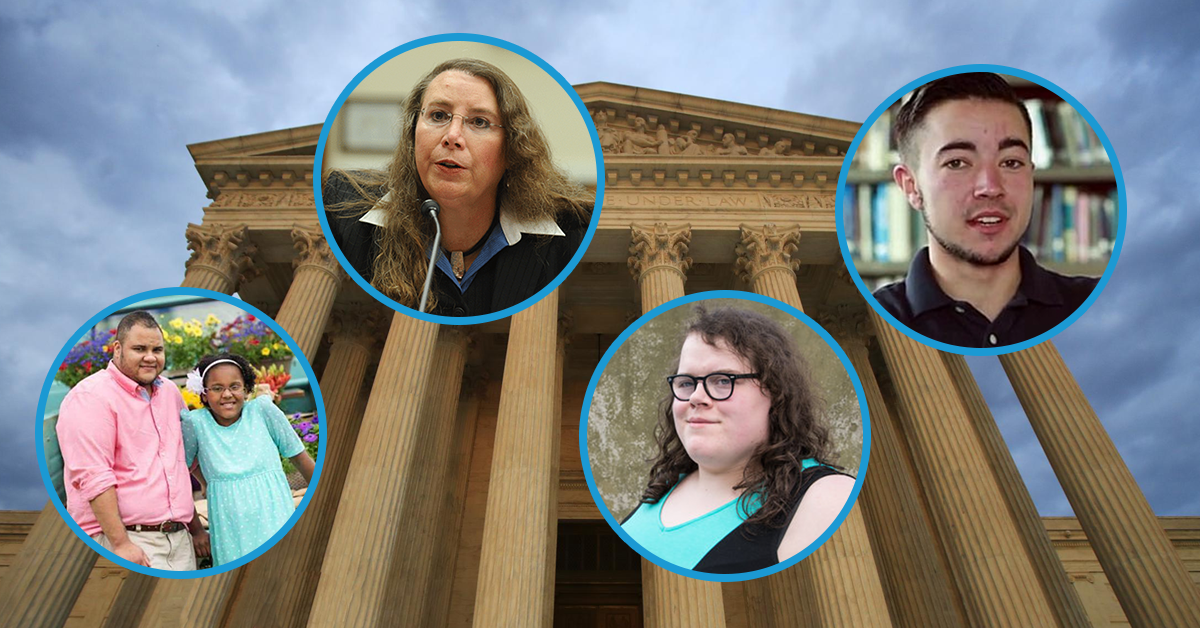 Below, take a minute to read the stories of just a few of the transgender and nonbinary Southerners who have shared their stories as part of the amicus brief, with quotes from the brief itself. 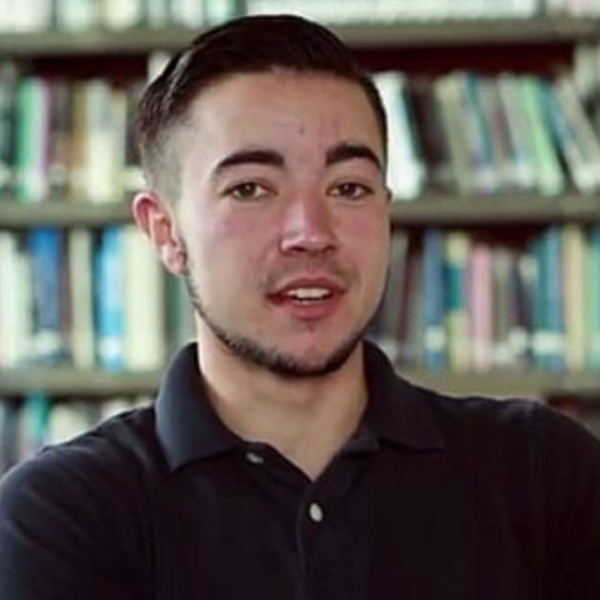 “Tristan Broussard, a transgender man from Louisiana, impressed hiring officials while interviewing for a manager-trainee position at a local bank and received a job offer the very same day. Mr. Broussard was excited about the position and saw it as an opportunity to advance his career. However, when his employer learned he was transgender from paperwork that described him as female, Mr. Broussard’s employment prospects suddenly dried up. Management presented Mr. Broussard with a typewritten statement that would have forced him to acknowledge that his ‘preference to act and dress as male, despite having been born a female, is not something that will be in compliance with [ ] personnel policies.’ When Mr. Broussard refused to sign the acknowledgment, feeling gutted, his employment was terminated.”

“Jasmine,* a transgender woman from Georgia, worked at a call center where her coworkers and supervisor made their disdain for her palpable: Jasmine’s coworkers socially ostracized her, constantly referred to her as though she were male, and some even refused to use the restroom after her. Her supervisor also forcibly removed a lapel pin Jasmine wore to indicate that she uses feminine pronouns, and informed Jasmine that her coworkers ‘could take their time’ when it came to respecting her gender identity.” 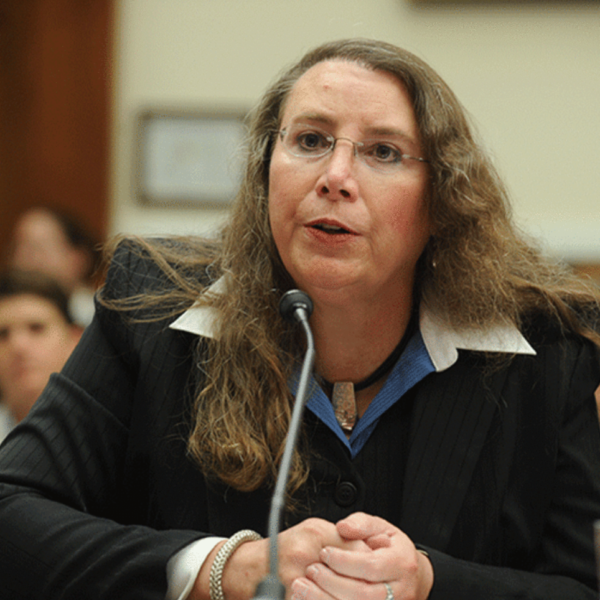 “Diane Schroer, a transgender woman from Virginia and a highly decorated military veteran, received a coveted position at the Library of Congress, only to have it revoked once she revealed she was transgender.”

“De, a transgender woman from Virginia, saw her career as an international business consultant come to an end after she disclosed she was transgender. Prior to coming out, De worked as a consultant for nearly a decade at a Boston-based investment firm, earning $50,000 a year in bonuses alone. However, De went on business trips with two sets of luggage: one containing her ‘cover’ wardrobe, and the other one containing a wardrobe that matched her identity. Over time, living this way became too difficult for De to bear. As she explained, ‘my only options were to die a slow painful death, or to choose to live my authentic life in peace.’ She chose the latter. De notified the company’s Vice President of Human Resources that she was transgender and wanted to ‘work as a woman,’ but was told that management and legal would need to weigh in. De ultimately learned that her firm had decided they could not employ transgender people like her, allegedly due to their conservative client base. After De was terminated, she applied for other jobs, but she faced an onslaught of discrimination and witnessed her career hit a ‘glass ceiling.’ De struggled to survive financially for years, but eventually became homeless.” 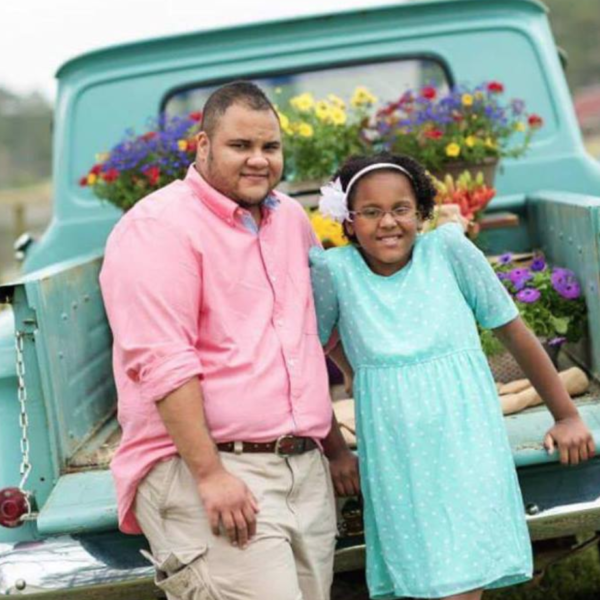 “Gabriel Pelz, a transgender man from Georgia, faced daily harassment after he transitioned at his job at a restaurant. Mr. Pelz’s employers instructed other employees to refer to him as a woman, not a man, and to avoid using his legal name—humiliating Mr. Pelz and outing him as transgender to restaurant customers. After suffering mistreatment in silence, Mr. Pelz reached out to legal advocates for support. Mr. Pelz’s employers began respecting his rights in the workplace after being advised of the case law on Title VII and its scope, including the EEOC’s decision in Macy v. Holder. Mr. Pelz ultimately remained on the job for another two years, which provided critical financial support for him and his daughter.”

“Nick, a transgender man who works in Kentucky, began a new job in law enforcement, his supervisor repeatedly called him “ma’am” instead of “sir,” interrogated him about his body and asked whether he “had any surgeries to get male parts?,” and referring to his driver’s license, told him “just because it says you’re male on a little piece of plastic doesn’t mean you’re a male.” 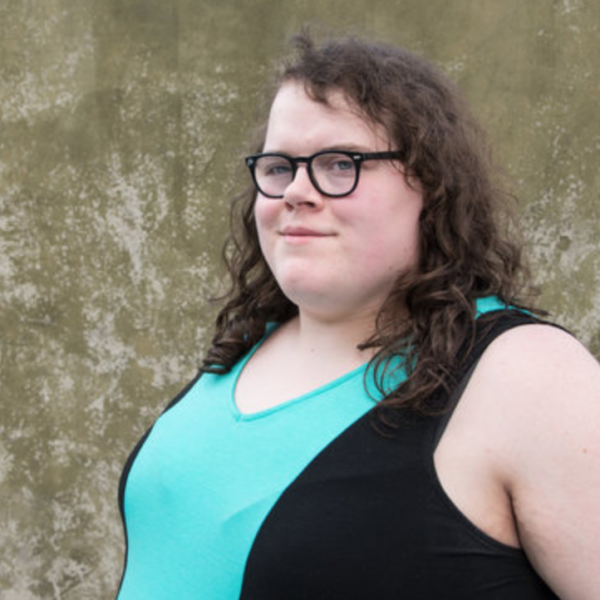 “Jessie Dye, a transgender woman from Alabama, was hired to work at a local nursing home, but was terminated in the middle of orientation because she “looked one way” and was “another way” on paper, according to the employer.”

“Carter, a transgender man from Texas, became the subject of cruel harassment, after two years of exemplary performance at his real estate job, when a coworker disclosed his transgender status to his coworkers without his permission. His colleagues subjected him to invasive interrogations about his genitalia, tried to bar him from the men’s restroom, and excluded him from networking lunches. Carter was also accosted by coworkers who insisted that he was ‘really a woman’ and demanded his personal medical information. In spite of his professional achievements, Carter was soon fired—an action that jeopardized the well-being of his family, including his child.”

“Discrimination and bias forced Tracy, a transgender woman from Mississippi, to embark on a similar journey. Tracy began supporting herself at the age of 17 when she was rejected by her family, initially through low-wage food service jobs. However, when Tracy publicly transitioned at the age of 20, she lost access to even low wage work. Employers repeatedly felt emboldened to discriminate against Tracy because courts in Mississippi have yet to clarify that Title VII extends to transgender workers. Tracy was harassed and pushed out of a series of jobs at fast food restaurants and meat processing plants because she was transgender. At one job, Tracy was subjected to daily ridicule by coworkers who referred to her as a man and called her slurs in front of customers. Management did not intervene. After months of harassment that went unchecked, Tracy was terminated while her harassers remained on the job. Losing access to steady employment meant Tracy was unable to afford healthcare or medication, including the hormone replacement therapy critical to her well-being. Tracy was ultimately forced to turn to sex work, even though she detested it, because recurrent workplace discrimination deprived her of another means to support herself. Tracy continues to seek employment in the formal economy, but roadblocks remain: most recently, Tracy secured a job at a daycare center, but was terminated on her first day after her new employee paperwork disclosed the male name and sex assignment given to her at birth.”