We’ve been saying for a long time that grassroots leaders have the potential to transform the South, but they need the funding and support to sustain and amplify their efforts. Indeed, that belief is foundational to our work across the Campaign for Southern Equality and why we created our Southern Equality Fund. 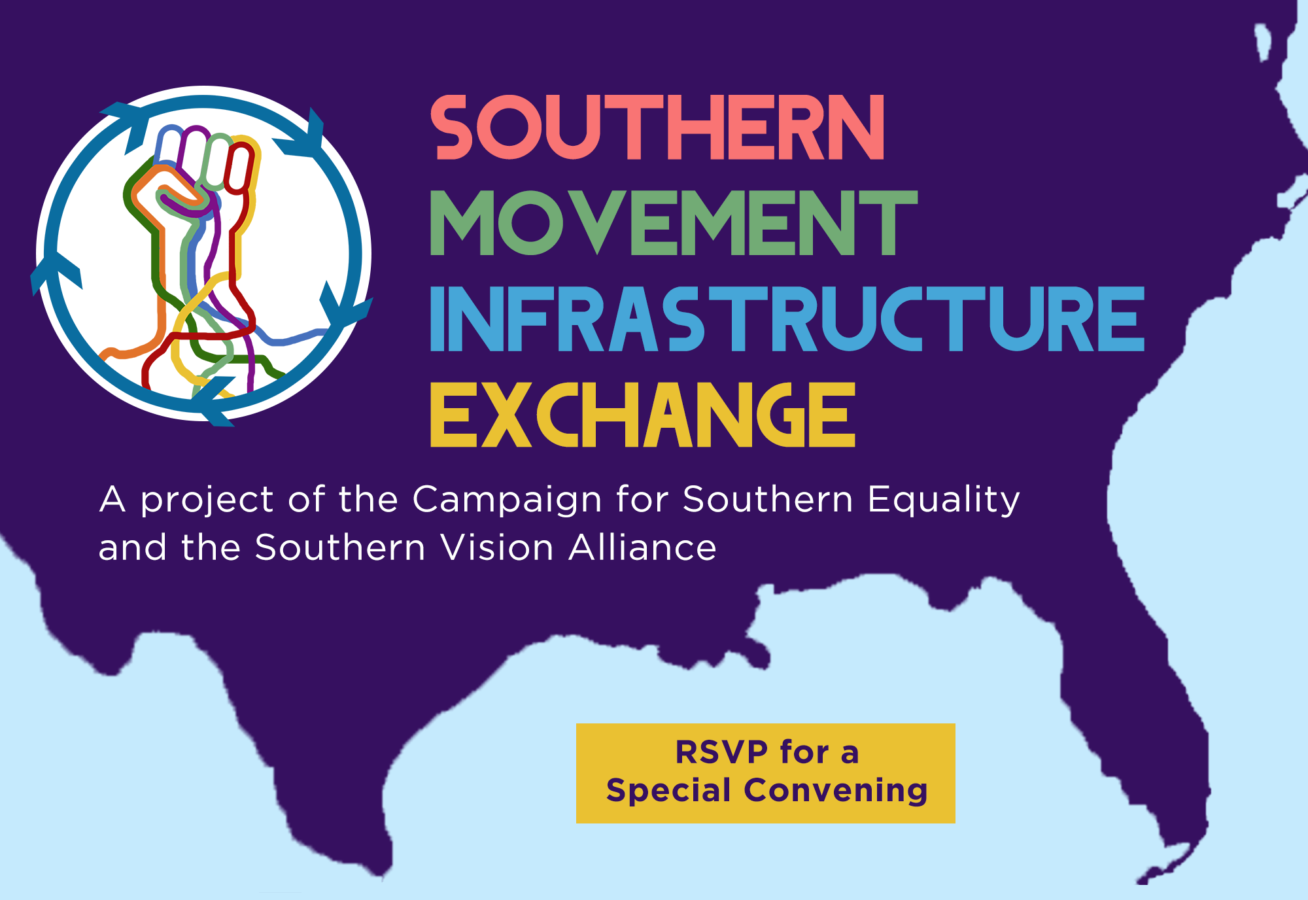 Overall, the South receives roughly 25% of national LGBTQ funding. The vast majority of that funding goes to large nonprofit organizations in large cities, often removed from the communities most directly impacted. Throughout the South, low-wealth queer and trans people of color, immigrants, and folks in rural communities have always led tremendous grassroots responses to forces that acutely impact LGBTQ communities, including regressive legislation, housing and job precarity, and police brutality.

To sustain their efforts, these grassroots organizers seek funding, but often, they are turned away because they do not have 501(c)(3) status. Simply put, the current system of funding isn’t designed to support power-building at the grassroots level. Limited funding hasn’t stopped queer grassroots organizers from doing outstanding work – but imagine what might be possible if we could remove this structural barrier to funding for those on the frontlines of this work.

That’s why the Campaign for Southern Equality and the Southern Vision Alliance, with support from the Out in the South Fund, are teaming up for Southern Movement Infrastructure Exchange, a new collaborative initiative dedicated to growing and strengthening a network of responsive, values-aligned fiscal sponsors and other intermediaries to grow, connect, and leverage their resources to fuel grassroots-led movements.

It’s time to explore how we can make that vision a reality. CSE and SVA are hosting an in-person convening to kick off the Southern Movement Infrastructure Exchange (SMIE) next month July 11-14 at the Highlander Center in New Market, TN.

Want to get join us? Click here to register for the Southern Movement Infrastructure Exchange convening.

P.S. Can’t attend the convening but you ARE involved in developing strategies to redirect funds and resources to LGBTQ grassroots organizers? You can still join the exchange by completing this survey!