Tonight, June 6, the City Council in Hendersonville, North Carolina passed a proclamation in recognition of Hendersonville Pride Day, which will formally celebrate the city’s LGBTQ residents for the first time on June 15. 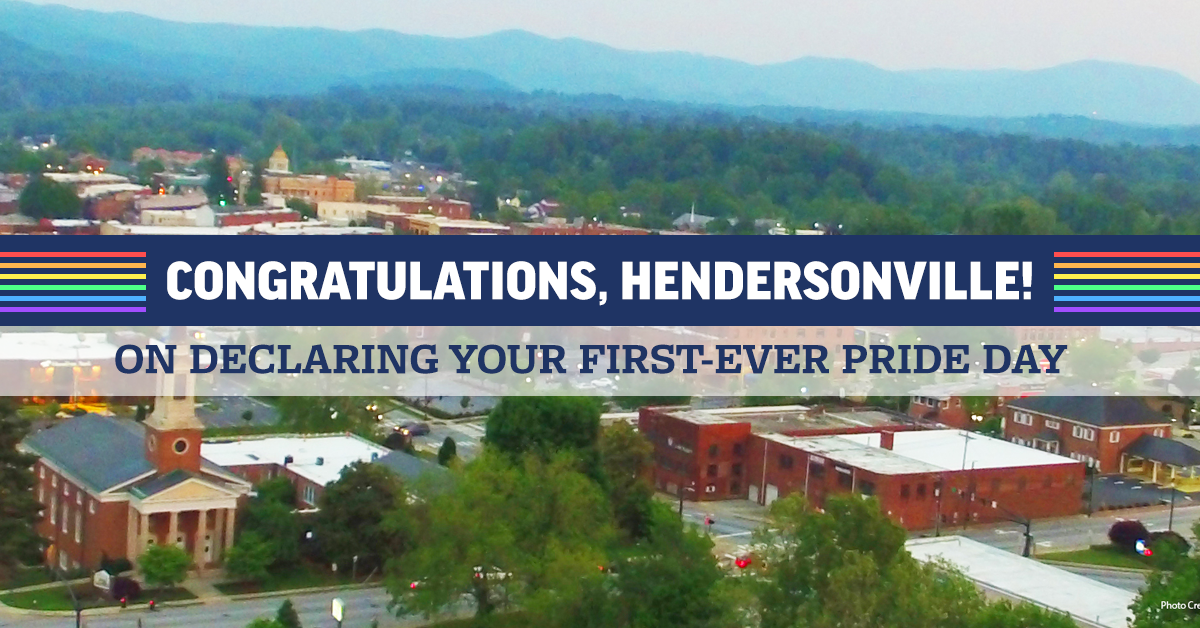 The proclamation recognizing the day was announced by Mayor Barbara G. Volk at a spirited City Council meeting that reached full, standing-room-only capacity in the building, with supporters of LGBTQ equality outnumbering opponents.

The Hendersonville Pride Day organizing efforts were spearheaded by a local group called Stonewall 50 and supported by advocates for LGBTQ equality, LGBTQ-affirming faith leaders, and organizations like Hendersonville PFLAG.

Equality NC Executive Director Kendra R. Johnson said today: “We applaud everyone who worked to organize Hendersonville Pride Day and pass this proclamation in support of LGBTQ equality. This celebration of LGBTQ people sends a powerful message to all people in the city, county, and state: that Hendersonville is a welcoming and affirming community where all people, including LGBTQ people, should be treated with dignity and respect. LGBTQ young people in the area will read this news and know that they are accepted, supported, and loved.”

Rev. Jasmine Beach-Ferrara of the Campaign for Southern Equality also applauded the local organizers and city council members, saying: “The decision to recognize Hendersonville Pride Day is consistent with the increasingly vocal support we’re seeing for LGBTQ equality across North Carolina and throughout the South, including in smaller cities and towns. Local advocates are doing the heroic work of calling for their hometowns to affirm and support their LGBTQ neighbors, and local elected officials are listening and taking action. We’re glad to see Hendersonville set this positive example for how we can build communities where all people are free to be who they are, and we’re hopeful that other cities across the region will follow suit.”