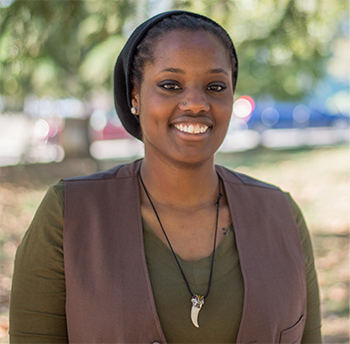 Note from the CSE Team: This week we’re sending our love to Britney Nesbit, who has served on the Campaign for Southern Equality team for three years, fostering the growth of one of our core programs as our Southern Equality Fund Manager. This week she’s taking the next step on her leadership journey by joining the fantastic team at Southerners on New Ground. While we’ll miss Britney here at CSE, we’re glad she’ll remain close in the movement for progressive grassroots change in the South. Read her personal reflection on her time at CSE:

For the past three years, I’ve been so happy to be a part of the Campaign for Southern Equality. My time here has taught me so much and introduced me to so many people doing fantastic LGBTQ-centered grassroots organizing in the South.

This week, my time at CSE draws to a close – and I wanted to take a moment to say farewell and thank the many folks in the CSE family who have made this experience worthwhile.

Now, I’m looking forward to building on what I’ve learned at CSE by joining the staff team of Southerners On New Ground (SONG) as Development Coordinator, where I will be helping to execute SONG’s grassroots and foundation fundraising efforts, in addition to supporting SONG’s donor organizing work across the South.

I’ll take with me so many memories. One of my favorites is from the road trip we took to Memphis, TN and Selma, AL in the summer of 2018 for our Trans Health Focus Group project This trip was full of so many precious moments, from sharing theories about a hit mystery podcast, to car karaoke, to visiting a Tuskeegee Syphillis Study Exhibits and walking the Edmund Pettis Bridge, to all the shared laughter and quality time spent with our partners – our comrades.

One of the most important things that I have learned at CSE and through the Southern Equality Fund is how to embody trust-based, grassroots-centered funding and support. I have always believed that folks on the ground who are closest to the issues in their community are also closest to the solution. This is why we, as funders, have to work hard to find a way to say “YES” to funding grassroots work. We have to challenge our guidelines and rules for how funding decisions are made and about who can be “trusted” to make impact. 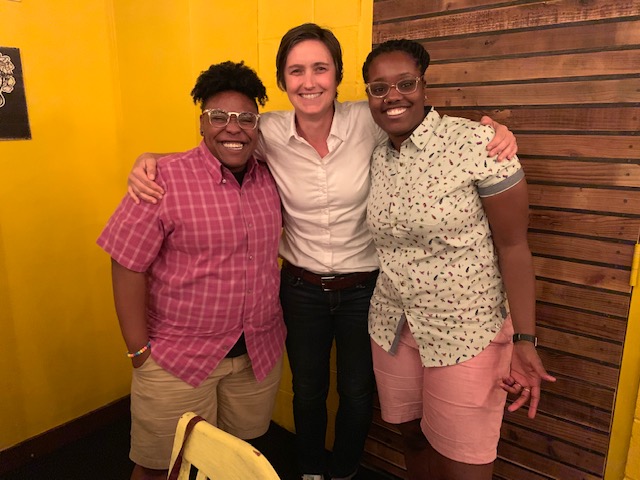 CSE’s Southern Equality Fund, to me, is about working to fill the gap that traditional philanthropy continues to miss. Southern LGBTQ work is severely underfunded, and the majority of those dollars are often given to groups in larger, metropolitan areas, making folks living in rural areas largely invisible.

The truth is that many grassroots leaders or individual don’t have access to traditional philanthropic funding. They may lack access to quality Internet, the ability or time complete heady grant applications, or 501c3 nonprofit status, which costs money to get and maintain and often decreases the flexibility a grassroots group can have when it comes to organizing on behalf of their community’s needs. On top of this, many great organizers in the South are doing their organizing as volunteer activists, on top of several underpaying jobs. 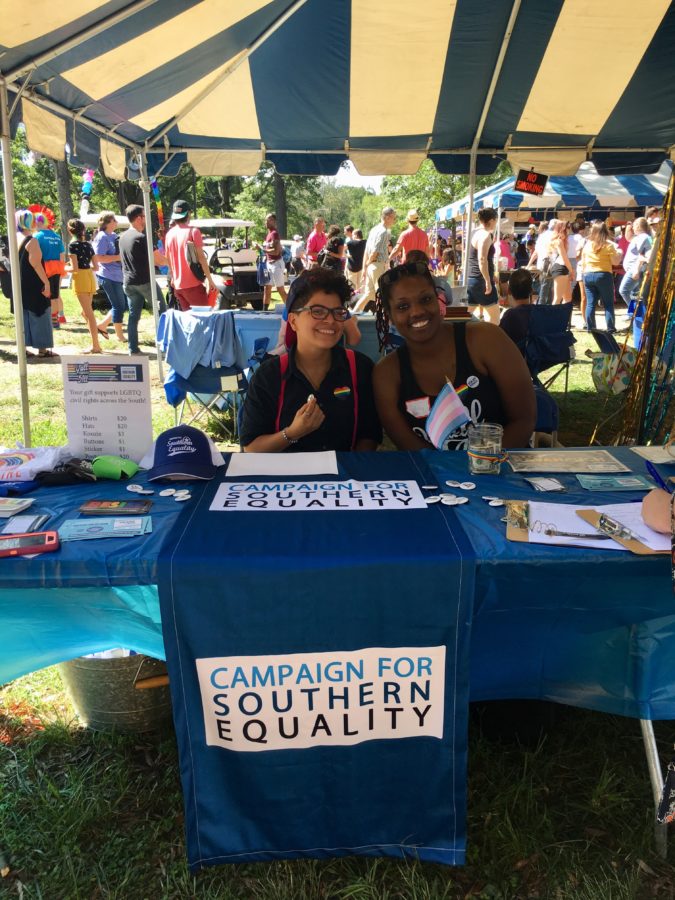 Long story short: Traditional foundation or philanthropic funding continues to be inaccessible to the folks closest to the issues and fighting for change in their local communities, and that gap needs to be filled. The Southern Equality Fund is one attempt to address that gap, and I have been humbled and honored to be a part of this program in recent years.

I will take so much of this experience with me onto SONG and my future work in organizing and resource mobilization. But one of the most important things I’ll take with me is the knowledge that there are so many badass organizers working directly in their local communities to build a better, more inclusive world.

I have also seen first-hand that these activists’ work of the heart is labor. It is work folks do not because they want to – but because they have to in order to have the quality of life they deserve. For LGBTQ grassroots Southerners, the personal is deeply political.

These activists’ work of the heart is labor. It is work folks do not because they want to – but because they have to in order to have the quality of life they deserve. For LGBTQ grassroots Southerners, the personal is deeply political.

I hope that I’ve been able to underline for other people who care about LGBTQ organizing the importance of supporting these activists. Let’s get behind these folks by giving them the gift of time to be able to create sustainable change for themselves and future generations. Invest your money, share your resources and get grounded in the collective fight against white supremacy, anti-blackness, and oppressive capitalist structures so that we can all get free.

Thank you for being a part of the Campaign for Southern Equality, including my experience here. At this critical time, nothing is more important than coming together, pushing forward, and manifesting our hopes into reality. 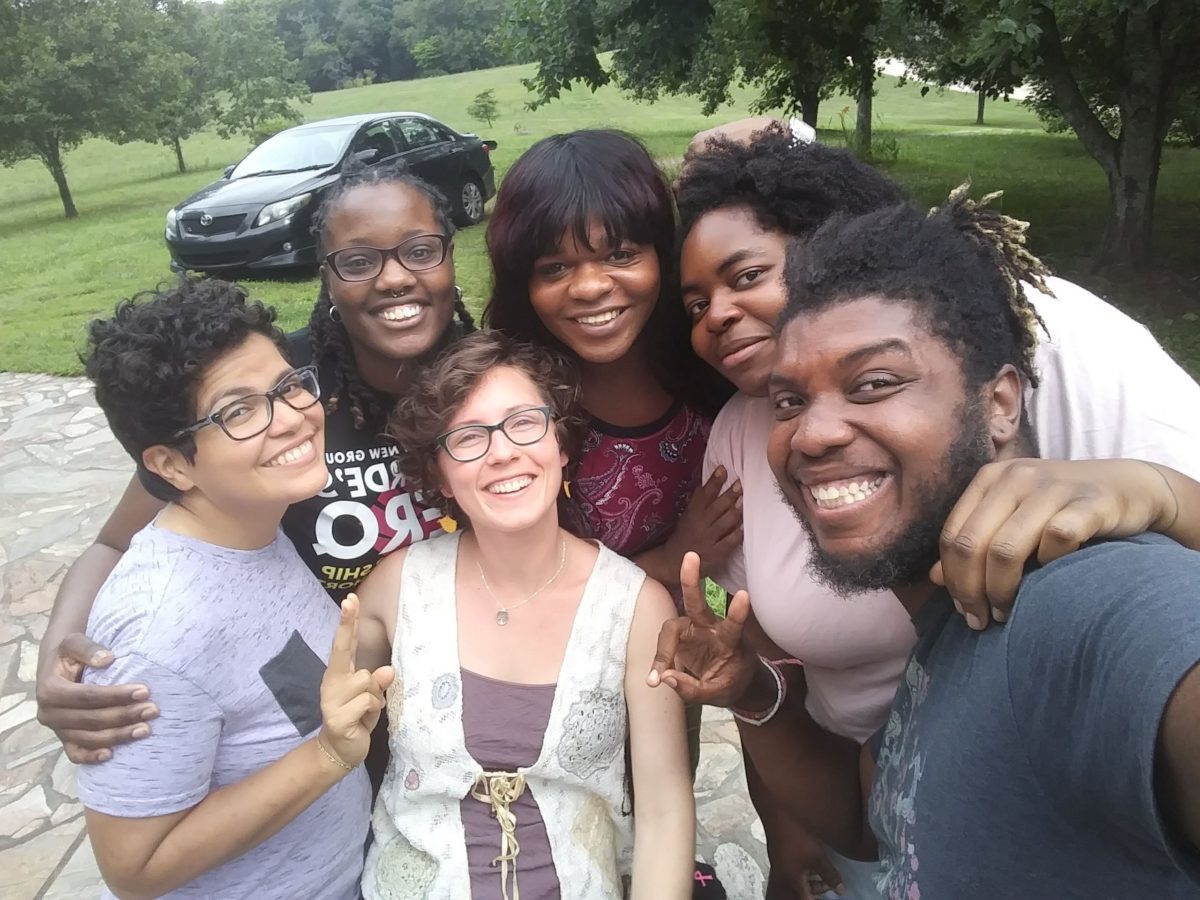