Note: This piece was written by Eli Bundy, a rising junior at a high school in South Carolina. They are the president of their school’s Gender and Sexuality Alliance, which served as the named plaintiff (alongside Campaign for Southern Equality and South Carolina Equality) in a 2020 lawsuit challenging the state’s discriminatory curriculum law. Read their reflection on the experience! 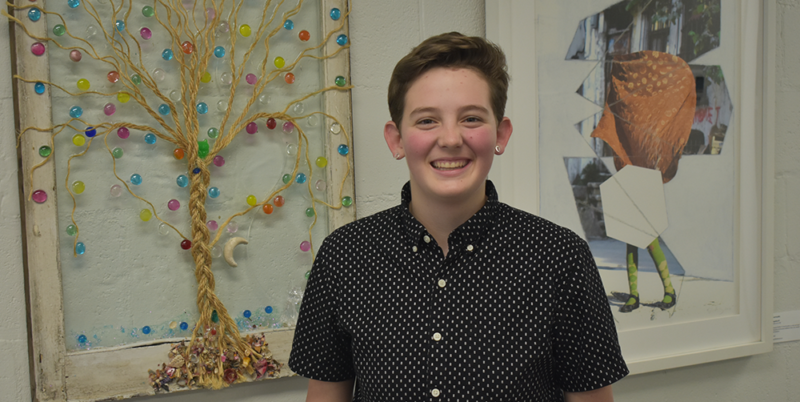 The South has been and continues to be a tough place to be an LGBTQ+ young person – as I know from personal experience. This year, though, I had the opportunity to be involved in challenging a discriminatory policy here in South Carolina that directly impacts LGBTQ+ young people in schools.

As the new president of my school’s Gender and Sexuality Alliance (GSA) last fall in the Charleston, SC area, I asked my fellow students what they hoped we could accomplish within the year. Several students highlighted their concerns with our sex education curriculum and its effects on LGBTQ+ students and expressed interest in advocating for changes in our school. Many of us had less-than-ideal sex ed experiences, including being told questions about non-heterosexual relationships could not be answered in front of the class. I shared my peers’ frustration about inadequate and discriminatory health curricula in our state but worried that we did not have any chance of changing it at the state level.

Then, in November of 2019, I went to a community meeting called “What’s At Stake For LGBTQ Youth?” to hear about legal cases, legislation, and pressing issues in our area and at the national level. During the meeting at We Are Family, South Carolina’s only organization dedicated to supporting LGBTQ+ youth, a lawyer from the National Center for Lesbian Rights (NCLR) named Julie Wilensky discussed a law in South Carolina colloquially known as the “No Promo Homo” clause. She explained that this clause required sex education curricula in public schools to only include non-heterosexual relationships in the context of STIs, and that NCLR wanted to challenge this clause of South Carolina’s Comprehensive Health Education Act (CHEA).

I was so proud that we successfully challenged a harmful policy that had been in effect for thirty years – but I mostly felt relief. After all, the reason that we wanted to get involved in the first place was our fear of other students enduring the same discrimination, shame, and exclusion that we felt in our own school community.” – Eli Bundy

When I heard about this opportunity from Julie, I jumped at the chance to learn more about the intricacies of CHEA and its repercussions for LGBTQ+ students like me. Frustratingly, students who had already taken PE and health could not act as plaintiffs for this challenge because they would not face future damages in the eyes of the state. For this reason, I was personally unable to act as the plaintiff, even though I firmly believe that leaving LGBTQ+ content out of health curricula results in less tolerance in schools and forces students to seek knowledge from less reliable sources, meaning that we can incur significant future damages.

When Julie and Peter Renn, a lawyer from Lambda Legal, suggested that our GSA could potentially act as the plaintiff, I was excited to bring it to the group as an avenue for advocacy in a priority area for us. The GSA faculty sponsors supported our endeavors but were themselves unsure of how far they could go without compromising their jobs, and an administrator incorrectly advised me that I could face legal action from the district if we challenged South Carolina’s Department of Education. We discussed our involvement both online and during several lunchtime meetings and shared both trepidation and excitement at the possibility of being part of a potentially momentous step in the direction of equality.

Despite fear of possible backlash, our GSA agreed to act as the plaintiff for the challenge, and we had the privilege of working with organizations such as the Campaign for Southern Equality and the South Carolina Equality Coalition, as well as our attorneys. I feared that the challenge might take years because of South Carolina’s resistance to LGBTQ+ progress, so I was surprised and thrilled to receive a call from the legal team indicating that a consent decree had been issued just a few weeks after filing the challenge, meaning that the discriminatory clause could no longer be enforced in South Carolina. 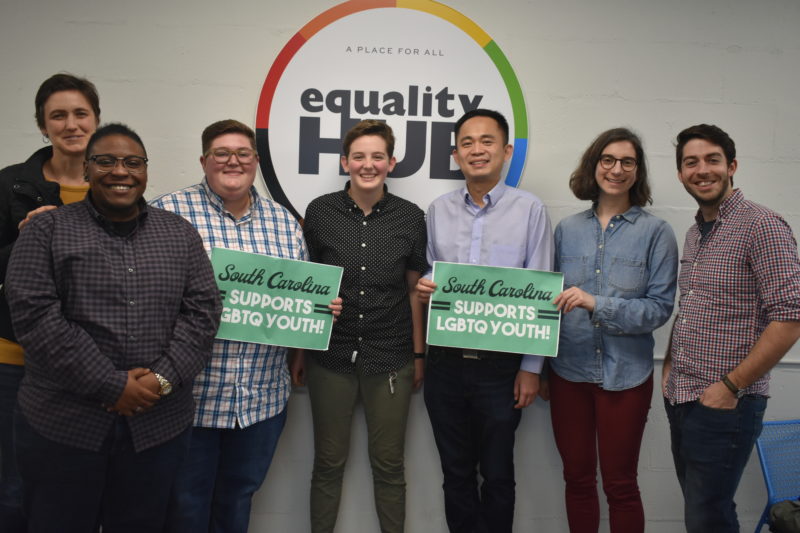 I was so proud that we successfully challenged a harmful policy that had been in effect for thirty years – but I mostly felt relief. After all, the reason that we wanted to get involved in the first place was our fear of other students enduring the same discrimination, shame, and exclusion that we felt in our own school community. Knowing that no other student in South Carolina will go through their sex education under such a mandate is so gratifying. In fact, our district approved a LGBTQ+ affirming curriculum from Advocates For Youth just last Friday (July 18th), and I am planning to serve as a student representative on our school district’s Health Advisory Committee beginning in the fall.

Being involved in this lawsuit showed me that policies are mutable – and that what feels set in stone is subjective to change. Institutions and policies that are built to oppress people can also be dismantled through the courts. This was recently seen in the U.S. Supreme Court with the landmark victory in Bostock v. Clayton County, and seeing such a significant ruling not long after our lawsuit was successfully resolved reaffirmed my belief in our collective ability to uplift and support LGBTQ+ people throughout our society, from schools to workplaces.