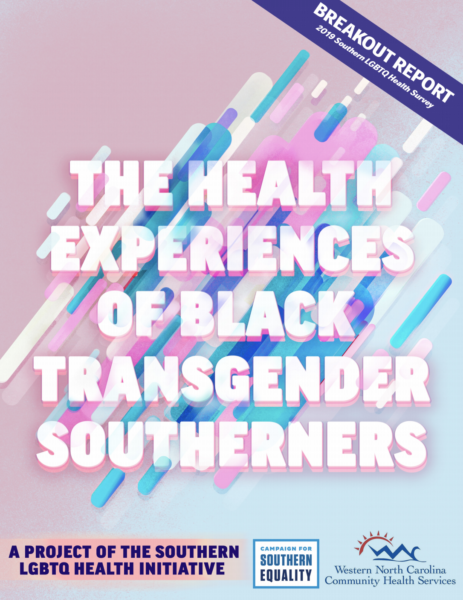 Today the Campaign for Southern Equality (CSE) and Western North Carolina Community Health Services (WNCCHS) released a new report about the health experiences of Black Transgender Southerners, as a supplement to The Report of the 2019 Southern LGBTQ Health Survey. The publication of the report coincides with Transgender Awareness week, a national effort to increase transgender visibility and rights.

Key findings of the report – which you can read here – include:

“As a transgender leader in the South, I know how strong and resilient transgender people are – but to read about respondents’ struggles with mental health challenges, depression and anxiety, and getting access to quality, affirming care breaks my heart. We’ve long known that Black transgender people in the South are some of the most vulnerable folks in our community, and this report details new data that provides additional insights. Everyone should be able to access the care they need, and we must work to strategically to implement both anti-racist and trans-affirming health care practices.