Before they were licensed healthcare providers, Dr. Thomas Marlowe and Dr. Karen Muehl were already advocates for the transgender community. Now they work together as colleagues in the Charlotte Transgender Healthcare Group, which Thomas helped to found, but their journeys have similar catalysts: Each met a trans person, recognized how deeply misunderstood this population is, and changed the course of their practices to offer better access and more compassionate care to trans patients. 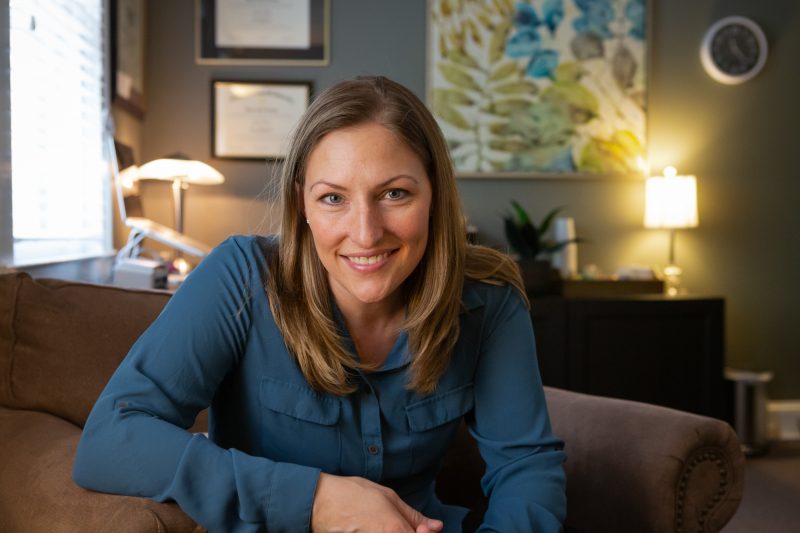 Karen is a clinical psychologist who works with trans adults in various stages of their transitions. She loves connecting people with resources and helping them achieve the tangible goals that they set for themselves. Her first licensed position was as a generalist practitioner in UNC Charlotte’s counseling center, but she met the patient who shaped her career several years prior, in her first field practicum on the way to her PhD. A transgender woman came into her placement for support around anxiety, which was not directly related to her gender.  Over the course of providing her therapy, Karen learned about aspects of social and legal transition that she had never considered.

This was in 2003, before the American Psychological Association had any guidelines for transgender care, and before popular culture celebrated and widely acknowledged trans issues. So Karen read everything she could about and by trans people: memoirs, community guides, theory; Kate Bornstein stuck out to her as a particularly memorable educator. She went to local meetings and spoke to trans community members in Richmond, VA, learning through conversation and listening to stories that this population needed support from care providers. She learned how to do just that, and by the time Karen opened her own practice in Charlotte, she had enough knowledge and experience to fully specialize in trans mental healthcare. 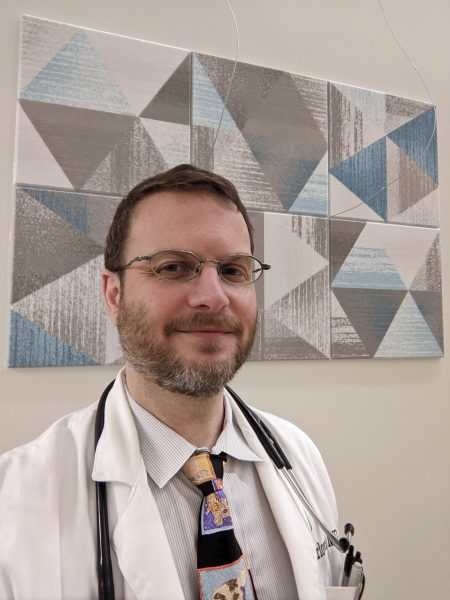 Now a physician practicing in Charlotte, Thomas’s Midwestern upbringing is clear in his accent and his genial mannerisms, but also in his down-to-earth sensibility about everything from his medical practice to national politics. One of my favorite moments in our conversation was his critique of increasingly politicized healthcare needs: “You know, when I put a patient on medication for reflux, no one says ‘Well, I’m a Democrat so they shouldn’t get it’ or ‘I’m a Republican so they should get double the dose.’ It’s like, come on people! We physicians have been helping patients transition from forever!”

As a physician of 22 years, Thomas has been working with trans patients since he was a medical school intern: “I’ve had the honor of helping patients transition for longer than most doctors out there,” he said. He attributes this dedication to a calling from God, having met a transgender woman named Steffi through a prayer group in Indiana, where he grew up. She told him about the struggles she faced coming to terms with her gender later in life, and how hard she had tried to be happy and healthy living as a man. After meeting Steffi, trans people and topics kept showing up in Thomas’ life, one after another, and he sought clarity through prayer. He found meaning for the synchronicity in his career: “I have been told by so many trans clients that finding me was the answer to their prayers. I can think of no greater purpose than being a conduit for God’s grace.”

Speaking Out for Comprehensive Nondiscrimination Ordinances in NC

This year in North Carolina the LGBTQ community has been energized by a statewide conversation about the need to protect LGBTQ people from discrimination. Several communities – from Winston-Salem to Durham to Hillsborough – have adopted inclusive nondiscrimination ordinances, and other communities have started considering them, too. Karen and Thomas both have expressed how significantly the passage of nondiscrimination ordinances (NDOs) would impact their clients and the LGBTQ community at large.

Most of Karen’s clients are trans or gender nonconforming, and she said that NDOs would affect her practice tremendously. She described the difference between problems that cause someone to come see a mental health care professional, ones that they have control over and can affect change in, and what she describes as environmental stressors. These are separate from personal work because a client doesn’t have control over them – instead, they must develop and manage coping strategies to respond to them. Her list of environmental stressors include housing, job security, medical care, school, what kind of neighborhoods clients are able to afford, and the cultural stigma that can make something as simple as taking a walk a dangerous activity.

“Everyone has a need to belong. A sense of belonging is fundamental to our health and well-being. Risk of unemployment or people being able to turn you away, deny you housing, just because you’re trans? That tells trans people they don’t belong, and it causes real damage.” – Dr. Karen Muehl

Karen acknowledged that nondiscrimination ordinances – including those that prohibit discrimination based on race, sex, and faith – don’t solve all the discrimination, but there’s at least something to fall back on to say “hey, this isn’t allowed” and provide people a legal recourse if they do experience discrimination. Her clients right now are not able to have that reassurance – the lack of nondiscrimination protections leaves them vulnerable to being denied the  services they need, just because they are transgender. A large part of her job is helping supply people with the  tools they need to navigate their lives and the stressors they encounter within them. Being vulnerable to discrimination is a massive stressor, and protection from an NDO would be an enormous tool – one that could provide her clients with the security they need to pursue healthy growth.

“Everyone has a need to belong,” she said. “A sense of belonging is fundamental to our health and well-being. Risk of unemployment or people being able to turn you away, deny you housing, just because you’re trans? That tells trans people they don’t belong, and it causes real damage.”

One of the struggles Karen finds in treating patients is in separating the environmental stressors of living as a trans person from the personal work that therapy is designed to help with. “Clients will tell me that they want to transition more publicly, but they’re worried about keeping their job,” she said. “Or that they want to pursue a more fulfilling career, but their current job is safe because their supervisors already know they’re trans. And while we’ve taken huge steps in the past year to address anti-LGBTQ employment discrimination – with a powerful U.S. Supreme Court ruling outlawing it at the federal level – there are still troubling gaps, including in places of public accommodation like restaurants and businesses. And local ordinances can often cover employers with 15 employees or fewer (whereas federal law only governs businesses of 15 or more employees).

Thomas has a similar experience of having to advise his patients to work around the prejudices they may encounter in the course of care. As a physician, he helps some of his patients medically transition with hormone replacement therapy. Sometimes pharmacists call his office and ask for unnecessary  information like ICD-10 codes, which they do not need or even use.

“It’s just another hoop for patients to jump through, and it has never once happened to the cisgender patients that I prescribe hormones to. Only to trans people.” So Thomas has to advise patients to be especially polite and demure, or to be as stealth as possible. It’s upsetting, but he has seen providers refuse care his patients needed because they weren’t more deferential. “I’ve had to say that they shouldn’t show up like ‘Hey, I’m just like anybody else. Let me get this done.’ Because my trans patients who have been more outspoken or demanding are turned away and treated badly because there’s no protection for them.” 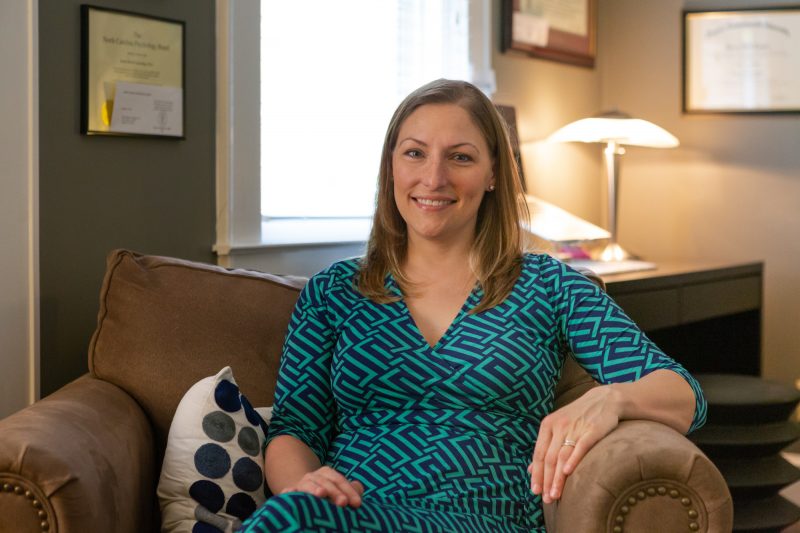 Thomas is a strong proponent of NDOs, for reasons of faith and professional integrity. Over the span of his medical career, he has seen a lot of discrimination against his patients. When patients take testosterone, they may experience thickening of the blood, which can be alleviated by blood donation. An agency that is convenient to many of Thomas’s patients from South Carolina will only take blood from transgender donors if complex paperwork is filled out, which requires multiple trips and various hoops to jump through. “And I know for a fact that my patients who are not transgender, who also have high testosterone levels and high hemoglobin levels are not required to jump through those kind of hoops.”

In the course of our conversation about her work, Karen told me that at the end of every intake session, she always predicts positive change. Just by saying “Hey, these things are possible and I think you can do them, and I will help you,” she helps clients begin to build the confidence that it takes to pursue that work.

So, with Karen’s advice and approach in mind, I’m saying now – as a trans person who wants to see nondiscrimination ordinances passed in North Carolina and across the South – I think this is possible. I think we can do this. And I am going to lend my help in making this happen until we achieve it.

You can get involved and make your voice heard with the NC Is Ready campaign at www.ncisready.org. NC is Ready is a project of Equality NC and the Campaign for Southern Equality.