Today, the U.S. Supreme Court denied review in Doe v. Boyertown Area High School, which in effect upholds a ruling from the U.S. Court of Appeals for the 3rd Circuit that affirms dignity and respect for transgender students. 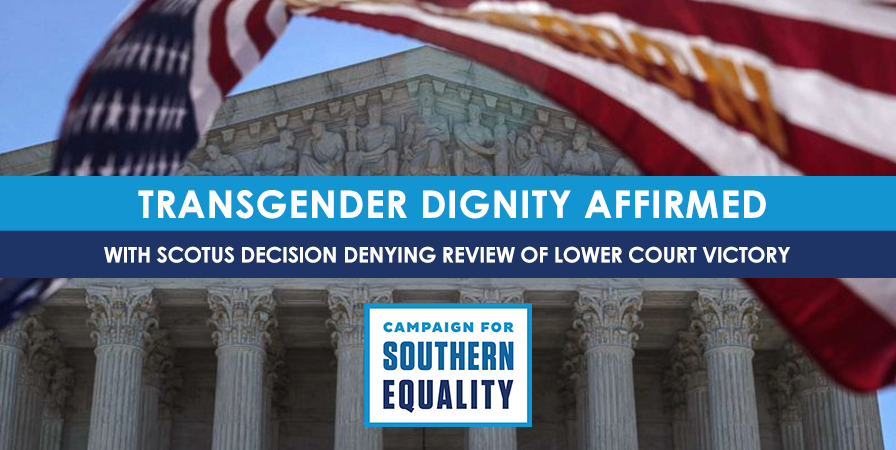 The case dates back several years and was filed by a group of parents of non-transgender students at a high school in Pennsylvania. Boyertown Area High School had recently implemented a transgender-inclusive policy that ensured all students could use the restrooms and locker rooms that aligned with their gender identity. The Supreme Court’s decision allows a lower court decision, which sided with the school’s affirming policy.

Had the justices granted review in the decision, trans-affirming policies and many other policies that hinge on the “sex discrimination” protections in Title IX, could have been further examined by the Supreme Court.

Ria Tabacco Mar of the ACLU, which represented transgender students in the case, responded today. She said:

Aidan DeStefano, who is transgender and attended Boyertown High when the litigation against the trans-policy began, said today:

“By the time I graduated high school, I was using the boys’ bathroom and participating on the boys’ cross country team. I felt like I belonged and had the confidence I needed to continue with my education. I’m glad the Supreme Court is allowing schools like mine to continue supporting transgender students.”