Today the United States Supreme Court ruled in a set of cases challenging the Trump Administration’s termination of the Deferred Action for Childhood Arrivals program (DACA), the 2012 policy that allows young people who are undocumented and arrived in the United States as children to apply for protection from deportation. The court’s decision in the cases is here. 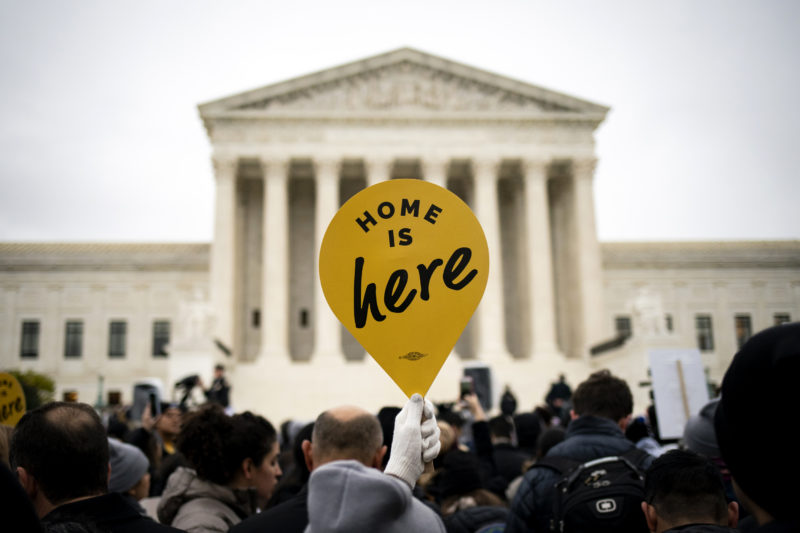 The ruling says, according to the National Immigration Law Center, “The Supreme Court has ruled that the Trump administration’s termination of DACA was arbitrary and capricious. Hundreds of thousands of immigrant young people can continue to live and work, and contribute to their communities in the U.S.”

“Today’s ruling from the U.S. Supreme Court is a critical step forward in protecting young immigrants who are DACA recipients.”

“Immigration rights is a human rights issue and a LGBTQ issue, and LGBTQ Southerners join our partners in solidarity in this fight. According to estimates from the Williams Institute at UCLA Law School, more than 75,000 of the young people known as DREAMers (a reference to proposed congressional legislation, the Development, Relief, and Education for Alien Minors Act) are also a part of the LGBTQ community. Over 36,000 of these LGBTQ DREAMers have participated in DACA.”

“Today’s decision also comes at a time when millions of Americans are facing unemployment or reduced employment because of the COVID-19 pandemic and relying on frontline workers, more than 200,000 of whom are DACA recipients, according to estimates from the Center for American Progress. As the country continues to confront the pandemic and begins the long road to recovery, we’re grateful for this important relief for DACA recipients.”

“Let’s also acknowledge that this step is just one of so many reforms needed in the United States, and we remain committed to this month’s deepened and long overdue conversation around supporting Black lives, opposing police brutality, and dismantling white supremacy. The reality is that Southerners with multiple marginalized identities face multiple layers of oppression – and so just as we demand justice for LGBTQ Southerners, and just as we demand justice for undocumented immigrants, we continue the call for dignity, respect, and equality for ALL LGBTQ people, no matter their race, religion, country of origin, HIV status, or disability status.”

We follow the leadership of national organizations like the National Immigration Law Center and El Centro Hispano and Southern grassroots organizations like CIMA (Compañeros Inmigrantes de las Montañas en Acción), Latinos in the Deep South (a program of the Latino Commission on AIDS), and Nuestro Centro and urge Southerners to amplify their voices and guidance.