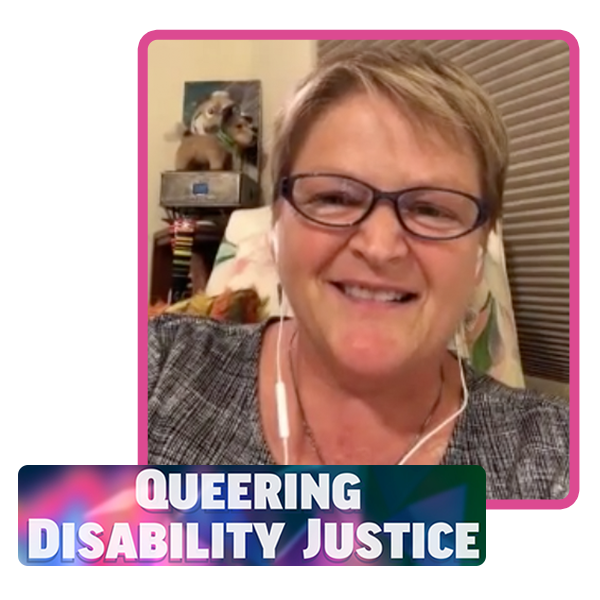 July 26, 2020 marks the 30th Anniversary of the Americans with Disabilities Act – and to honor the landmark anniversary, our team at the Campaign for Southern Equality is reflecting on the intersections of LGBTQ identity and disability in a series of video conversations with CSE staffers and community members.

In this first video, CSE Director of Engagement and Organizational Development Al Murray interviews Dede Norungolo, MRC, CRC, LPC, LAC. Dede is based in South Carolina. She has a long history of working with people with disabilities, including working with folks to help them get back on their feet, working and situated in safe places following serious injuries.

Dede also shared the story of her own disability – a traumatic brain injury that she endured following a car wreck more than 20 years ago. The accident left her with significant cognitive challenges, and Dede talks through how that experience changed her worldview and changed the trajectory of her own career and life.