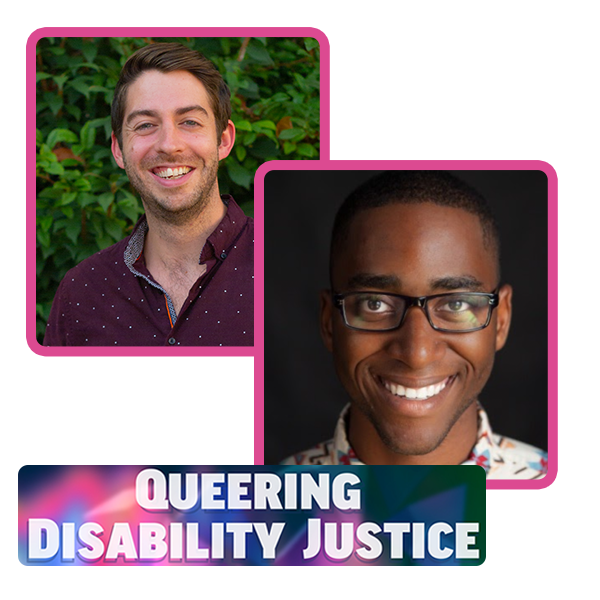 In this fourth video in the series, Campaign for Southern Equality’s Adam Polaski and Cecil Robinson share a conversation about their personal experiences with stuttering – and how they have intersected with their lives as gay men. Cecil hails from Crawfordville, Florida, and Adam will soon live in Asheville, NC.

“It’s funny you reference kind of ‘coming out’ as having a stutter,” Adam said to Cecil. “I see some similarities with becoming comfortable with being gay and also becoming comfortable with this part of me as well, being a stutterer. And it’s interesting that we’re celebrating Disability Pride Month on the heels of LGBTQ Pride Month. There’s a parallel there – a sort of reclaiming of something that people tend to marginalize or tend to think of something as ‘other’ or ‘different’ and make it a part of a pride celebration. But there are similarities in that you have to come to terms with this being a part of your life, and that this is OK.”

“Ultimately, I tell myself, ‘Your stutter is a part of your identity, and you wouldn’t be who you are without it,'” Cecil said. “And the people who are around you, they love you for who you are, and that encompasses having that stutter. It’s about appreciating the people around you who are understanding of the stutter.”