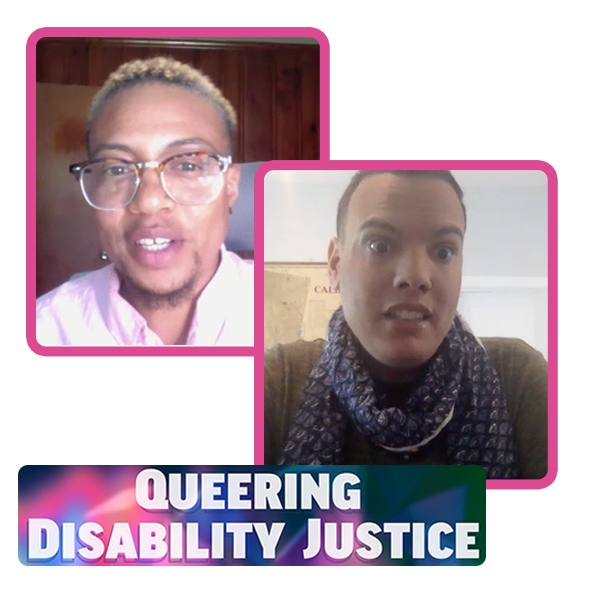 In this fifth video in the series, Campaign for Southern Equality’s Holiday Simmons interviews Mark Travis Rivera (He/Him/His), who is the Community Engagement Manager for AXIS Dance Company, one of the nation’s most acclaimed ensembles of disabled and non-disabled performers. Mark started his own company, the Marked Dance Project, an integrated contemporary dance company for dancers with and without disabilities.

In this video, Mark talks about his work, his passion for dance, and his experiences with disability, including how at a young age he developed cerebral palsy, which affects him from the hips down.

“I hope that people recognize you know, 30 years is a long time for the ADA to have been around, and there’s still so much work to do,” Mark said. “There’s still so much more dialogue that needs to happen across difference. And so I just hope that we can continue to have this conversation so that it doesn’t feel I have to split myself in three thousand directions just to fit in.”